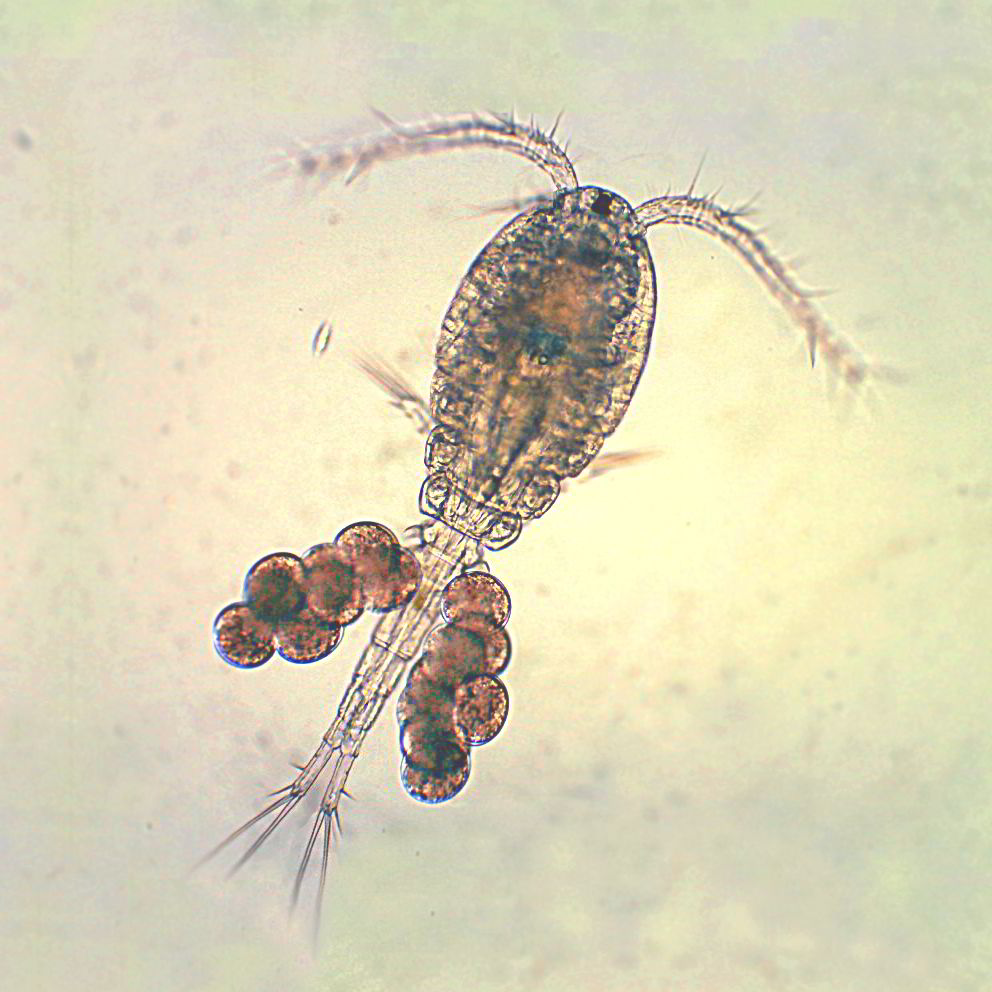 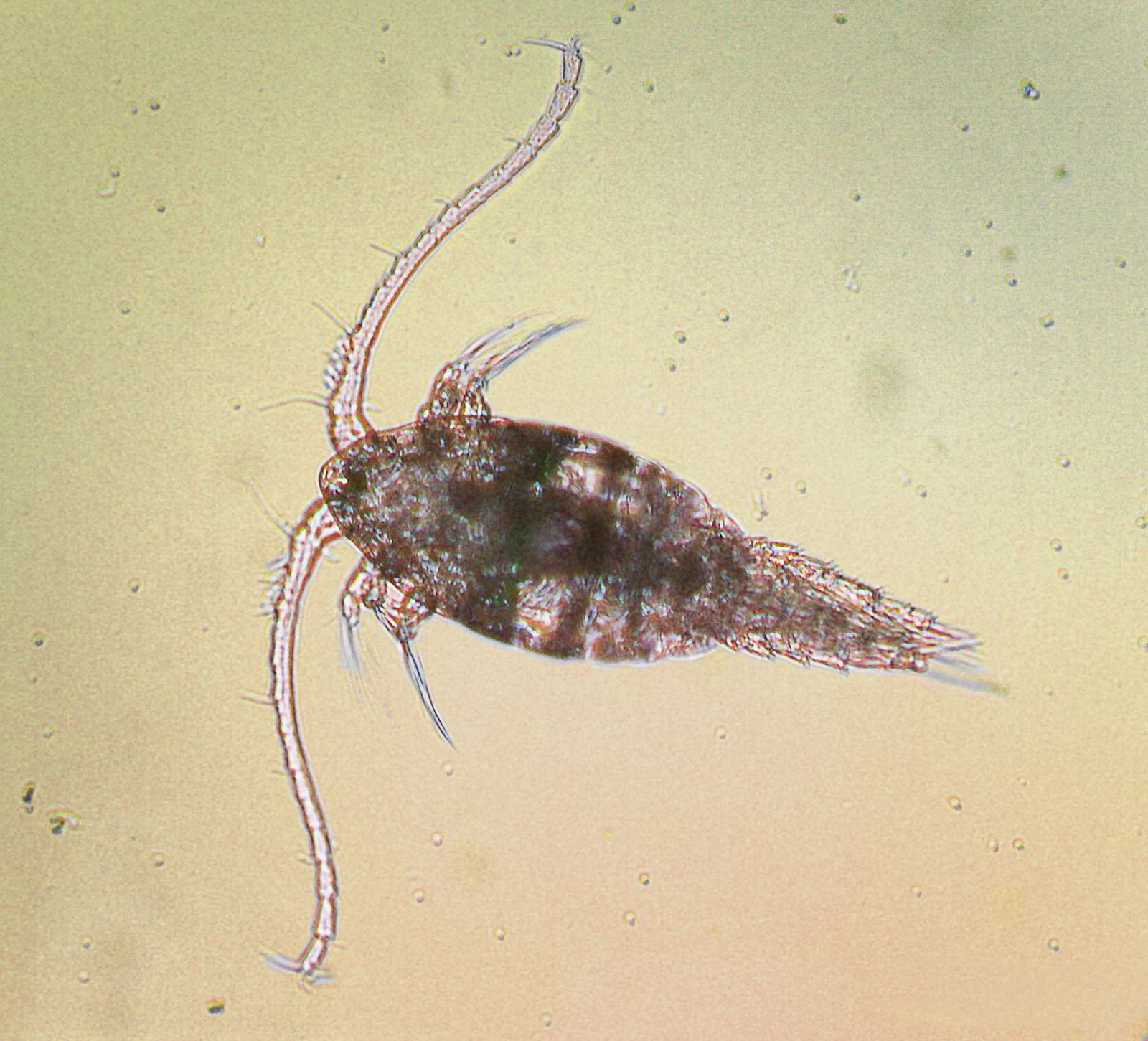 In part three of our five part sponsored content series, Reed Mariculture explains the ins and outs of copepods and why there will play a key role in the future of the aquaculture industry.

Often described as "insects of the sea," copepods are small (mostly 1-2 mm long as adults) crustaceans with thousands of species in both fresh and salt water.

Most of the copepods used in aquaculture belong to the Calanoid or Harpacticoid groups, with a few Cyclopoids also in use. Calanoid copepods are planktonic and release eggs singly as they are produced.

Cyclopoids are also planktonic, but retain eggs in two egg sacs until they hatch.

Harpacticoids also carry eggs in sacs but tend to be benthic (occurring in the depths of the ocean) in habit, and in addition to serving as a larval feed they have been found useful for consuming detritus from surfaces in culture tanks.

Like all crustaceans, copepods grow by a series of molts of the exoskeleton. Eggs hatch as the first of five or six nauplius stages, followed by typically six copepodite stages ending with the adult form. Consequently the life cycle spans one week or more, in contrast to rotifers with a life cycle as short as two days. However, each female may produce dozens of eggs over a number of days, so reproductive capacity is nevertheless very great.

Use of copepods in aquaculture

Several copepod species have been demonstrated to be excellent feeds for larval fish, and the first nauplius stage of some species is smaller than the smallest rotifers. This small size is a critical factor for feeding fishes with early larvae that have a very small mouth gape, such as some groupers.

Larvae may be started on copepod nauplii, and as they grow they are transitioned to rotifers, which are much easier to mass-produce, and then to Artemia nauplii, which are larger still. The jerky swimming motion of copepods is a better feeding stimulant for some fish compared to the slower, steady swimming of rotifers, although this can also make them harder for larvae to capture.

Copepods are nutritionally superior compared to rotifers or first-stage Artemia nauplii, which do not feed and so cannot be nutritionally enriched, and rapidly lose nutritional value after they hatch. Yet these alternative zooplankton remain in wide use because copepods are much more challenging to mass-produce in the quantities required for commercial aquaculture.

Considerable effort has been devoted to developing mass-culture methods for copepods (see reviews by Drillet et al. 2011 and Støttrup 2006).

Although culture in outdoor ponds can produce very large numbers of copepods, problems with contaminants, the impossibility of regulating culture conditions, and the necessity of processing very large volumes of water in order to harvest large numbers of copepods, especially nauplii, have spurred efforts to develop intensive cultures in closed systems.

The principle challenges that must be overcome are the difficulty of achieving high culture densities (generally easier for Harpacticoids and Cyclopoids than Calanoids), producing sufficient food for the many copepod species that require live algae, and harvesting nauplii while leaving later stages behind to continue reproduction.

Because of the protracted life cycles of copepods, cultures require careful advanced planning in order to synchronize production of nauplii with the production of fish larvae. Good control of culture conditions is vital to ensuring the reliability of copepod cultures.

The future of copepods in aquaculture

The use of copepods in aquaculture has been constrained by limited availability due to the low culture densities that can be achieved (at best a few thousand per liter) and dependence on live microalgae production in the hatchery, both of which contribute to high production costs.

What is needed is a copepod species with small nauplii, and that can be cultured at high densities on commercially-available feeds that support good production and optimal nutritional value for larval fish.

This copepod should also not be susceptible to contamination by ciliate protozoa. Ciliates can proliferate and render useless cultures of some kinds of copepods, but exclusion of contaminants becomes progressively more challenging as the size of culture systems increase to commercial scale.

An increasing role in aquaculture

The increasingly vital role of copepods in aquaculture can be foreseen by considering the development of the role of rotifers. Today aquaculture employs highly domesticated strains of Brachionus rotifers that can be cultured at very high densities (several million per liter), hundreds of times denser than was possible when rotifers first began to be cultured.

The future of aquaculture will increasingly depend on development and progressive domestication of new strains of organisms, just as domestication revolutionized agriculture on land (Duarte et al. 2007). Indeed, culture work with Acartia tonsa (Halsband-Lenk  et al. 2007, Jiang et al. 2011), Paracyclopina nana (Kang et al. 2012), and Parvocalanus crassirostris (Alajmi et. al. 2015) has already shown that selection for significantly increased fecundity, altered body size, and other desirable characteristics of copepods can be achieved in as few as four generations of selection.

Reed Mariculture and the future of copepod production

Reed Mariculture is the only significant commercial supplier of rotifers for aquaculture in North America, and will soon offer cultures of Apocyclops panamensis, a Cyclopoid copepod that offers important advantages for aquaculture use compared to many other copepods. A. panamensis nauplii have been shown to be an excellent first feed for the larvae of Red Snapper (Lutjanus campechanus) (Phelps et al. 2005).

Panamensis can be produced entirely on Reed Mariculture’s microalgae concentrate RotiGrow® enrichment/grow-out feeds, while it effectively suppresses contamination by ciliates.  A copepod with these characteristics has the potential to become a widely-used, mass-produced larval feed, perhaps the “New Rotifer” that aquaculture has been waiting for.

Every day this week we will be running a series of articles on zooplankton and its role in hatchery larval feed from specialists Reed Mariculture. You can find links to the other four articles here:

Often described as "insects of the sea," copepods are small (mostly 1-2 mm long as adults) crustaceans with thousands of species in both fresh and salt water. Most of the copepods used in aquaculture belong to the Calanoid or Harpacticoid groups, with a few Cyclopoids also in use. Calanoid copepods...

The country’s scientists are warning of a sharp decline in pollock stocks coming in 2023.