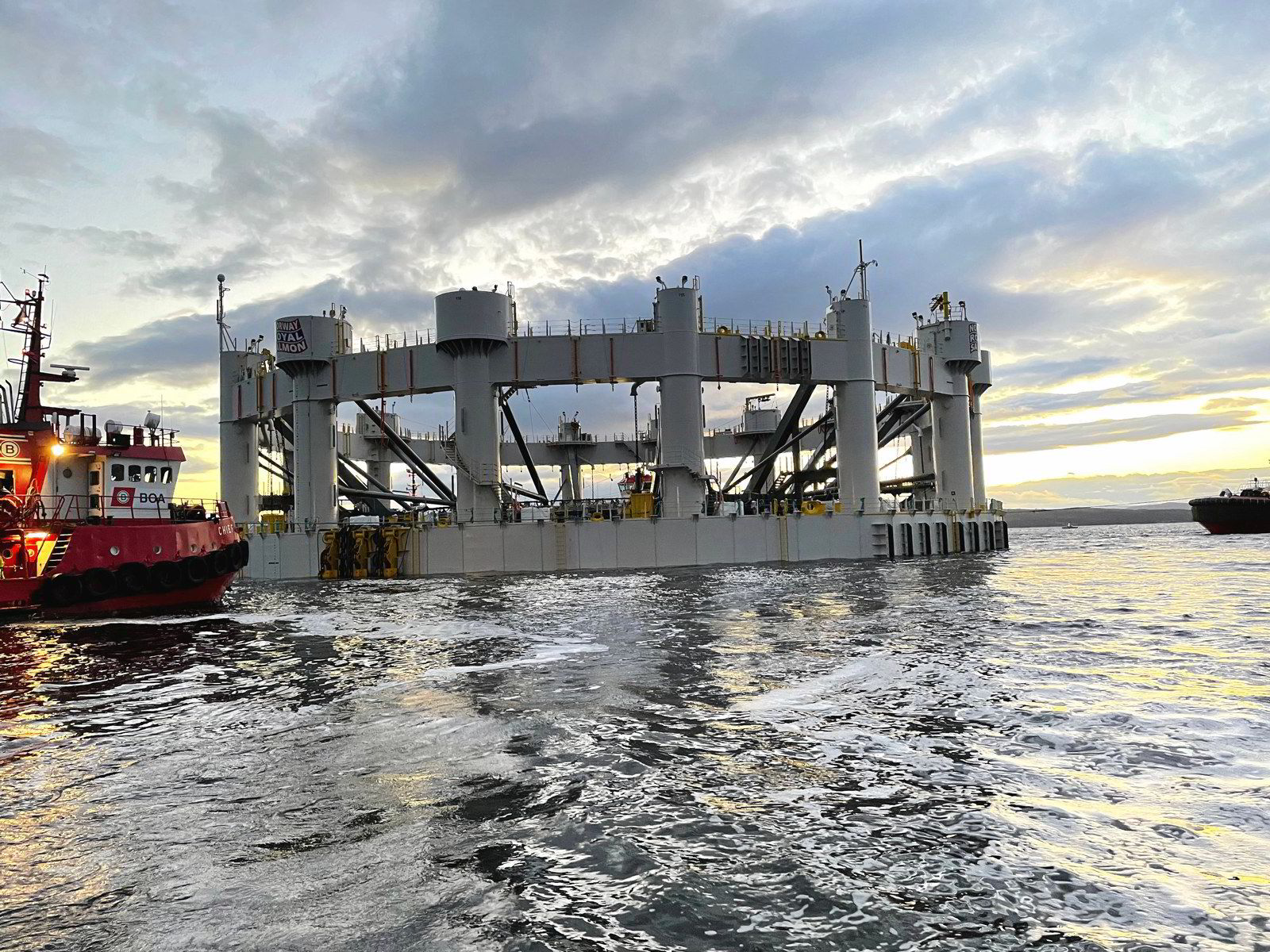 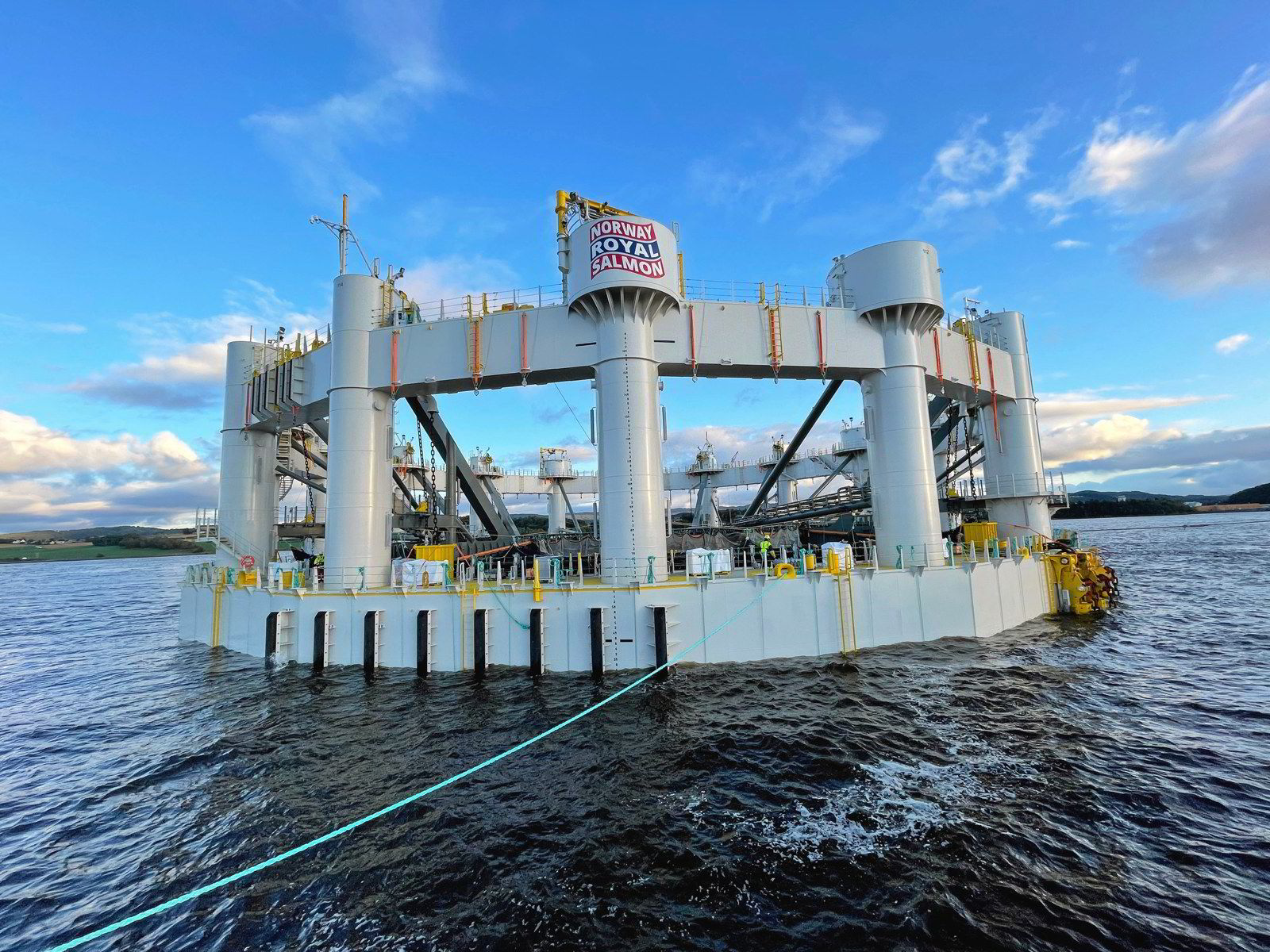 After a spate of delays, the launch of the salmon farmer's first sea cage -- built together with Aker Group -- went as planned.

The first cage is currently moored outside Levanger, Norway.

The farming project is approaching the operational phase, Hatlebrekke said. After attaching the cage to the anchoring system and finalizing the last part of the net assembly, final tests will be conducted before the site is ready to be stocked with salmon.

The fish farm concept is based on combining several individually anchored cages -- stretching 77 meters in diameter -- solidly moored to the seabed, similar to oil installations.

The project relies on new technology that will allow the cage to handle tougher conditions than those experienced in traditional coast-based locations. The technology will solve some of the challenges, including access to new areas for growth and mitigating sea lice, Hatlebrekke said.

NRS contracted Norwegian industrial engineering group Aker Solutions -- a subsidiary of Kjell Inge Rokke's Aker Group -- in 2015 to investigate the possibility of developing offshore technology for aquaculture. In March of the following year, NRS sent an application for development permits to Norway's Directorate of Fisheries.

Several locations, including Tromso, were assessed in 2017. A year later, NRS received a green light for seven licenses of 780 metric tons of biomass and one for 530 metric tons.

Initially, the group planned to release fish in Arctic Offshore Farming during the fall of 2020, but the coronavirus pandemic delayed this process.

The project's second cage also experienced pandemic-related delays. This cage is still at the yard in Verdal, Norway. but will be ready in the coming months, Hatlebrekke said.

"The project has not progressed as we hoped partly due to low staff numbers, external production capacity and equipment delays," he noted.

A year ago, CEO Charles Hostlund told IntraFish staffing issues and all the control measures the company implemented caused the delay.

SalMar has decided offshore will be the key growth path and by joining forces with Aker, with its long experience in offshore sectors, the company gains a unique mix of competence, capital and experience, said Atle Eide, former CEO at Marine Harvest (now Mowi) and a board member at the new SalMar Aker Ocean joint venture.

By 2030, offshore production could account for up to 10 percent of global farmed salmon production -- but significant hurdles remain for the emerging sector to reach its massive potential, experts said the 2021 IntraFish Salmon Summit.