See all articles
Alert me about Markets
Latest Jobs 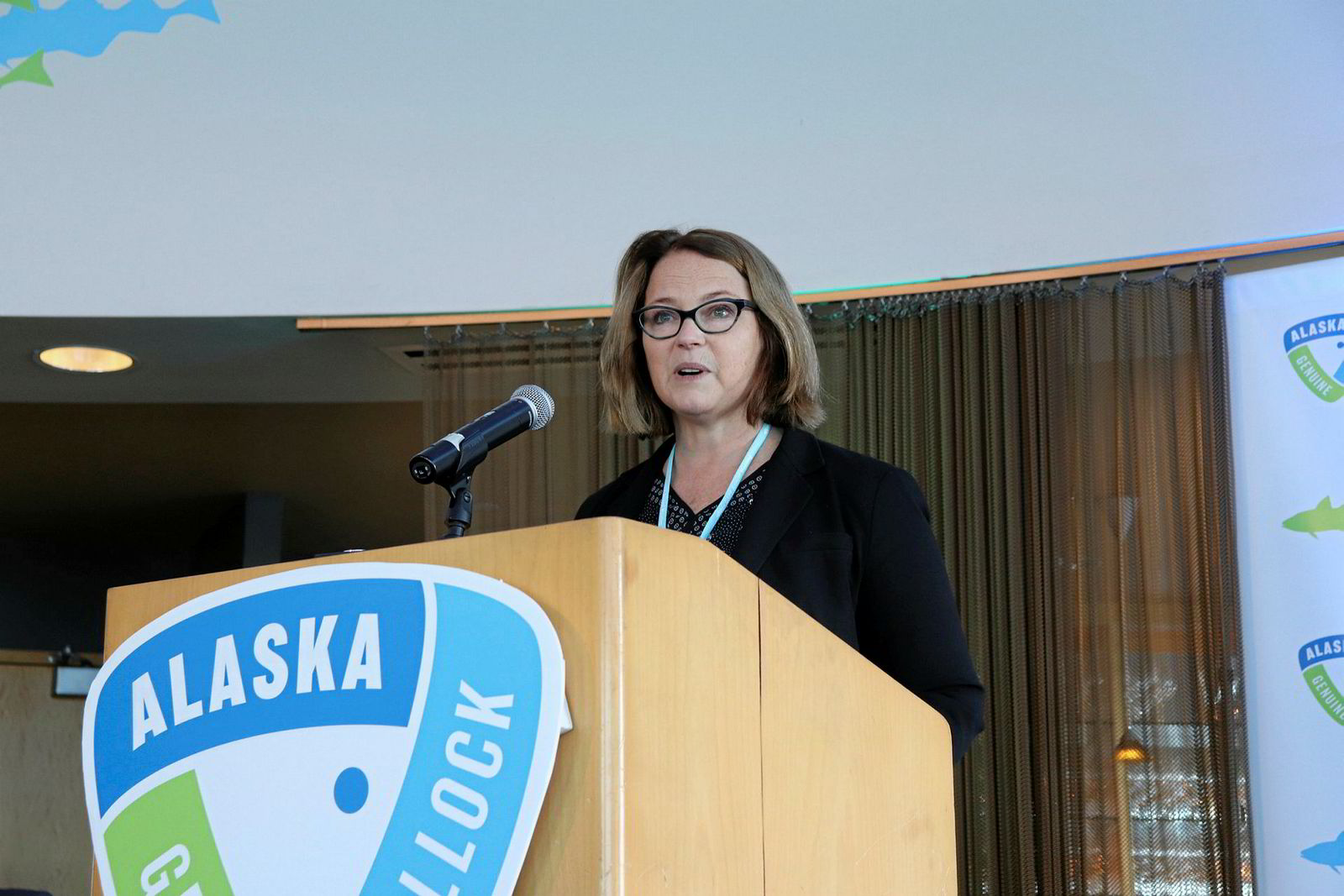 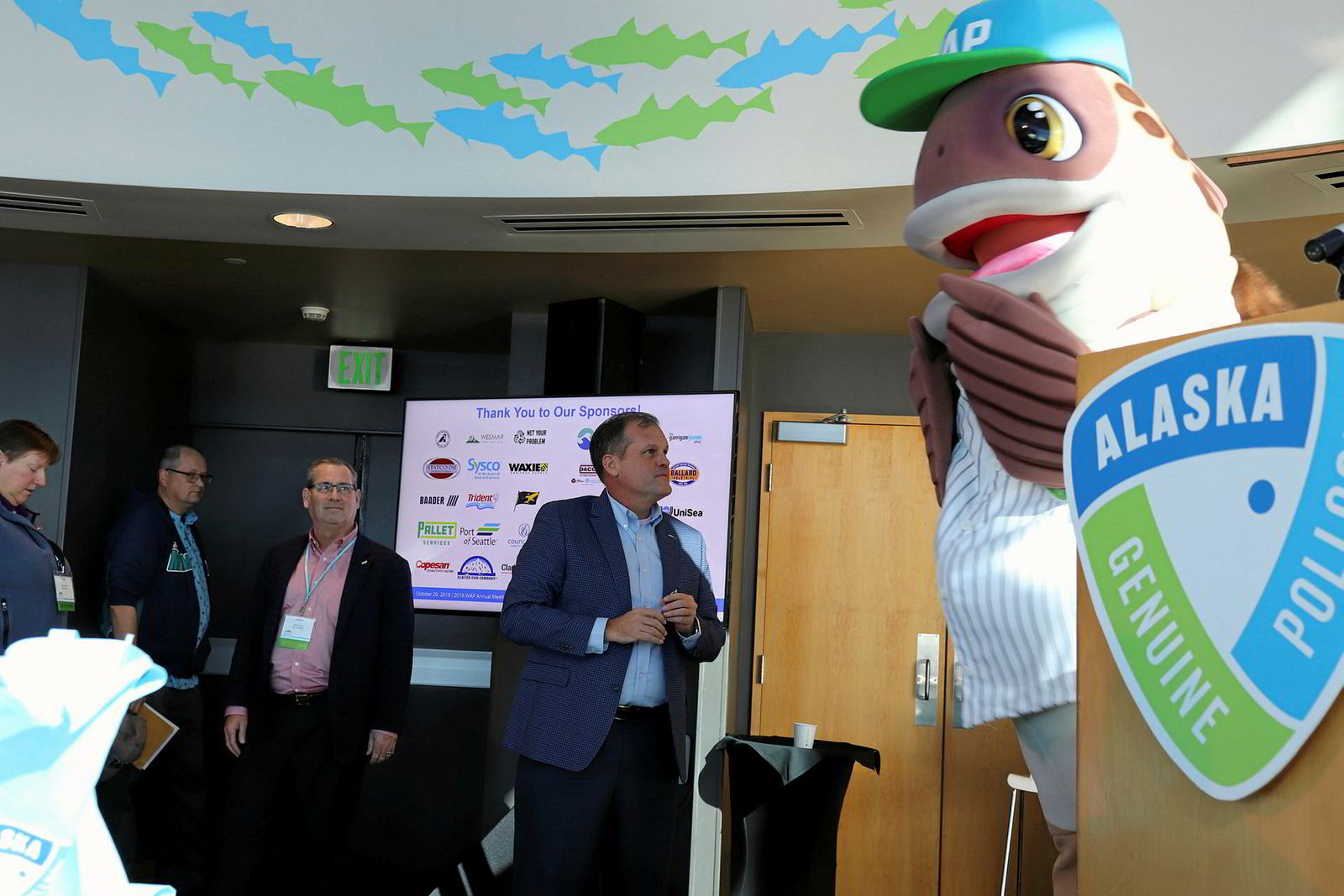 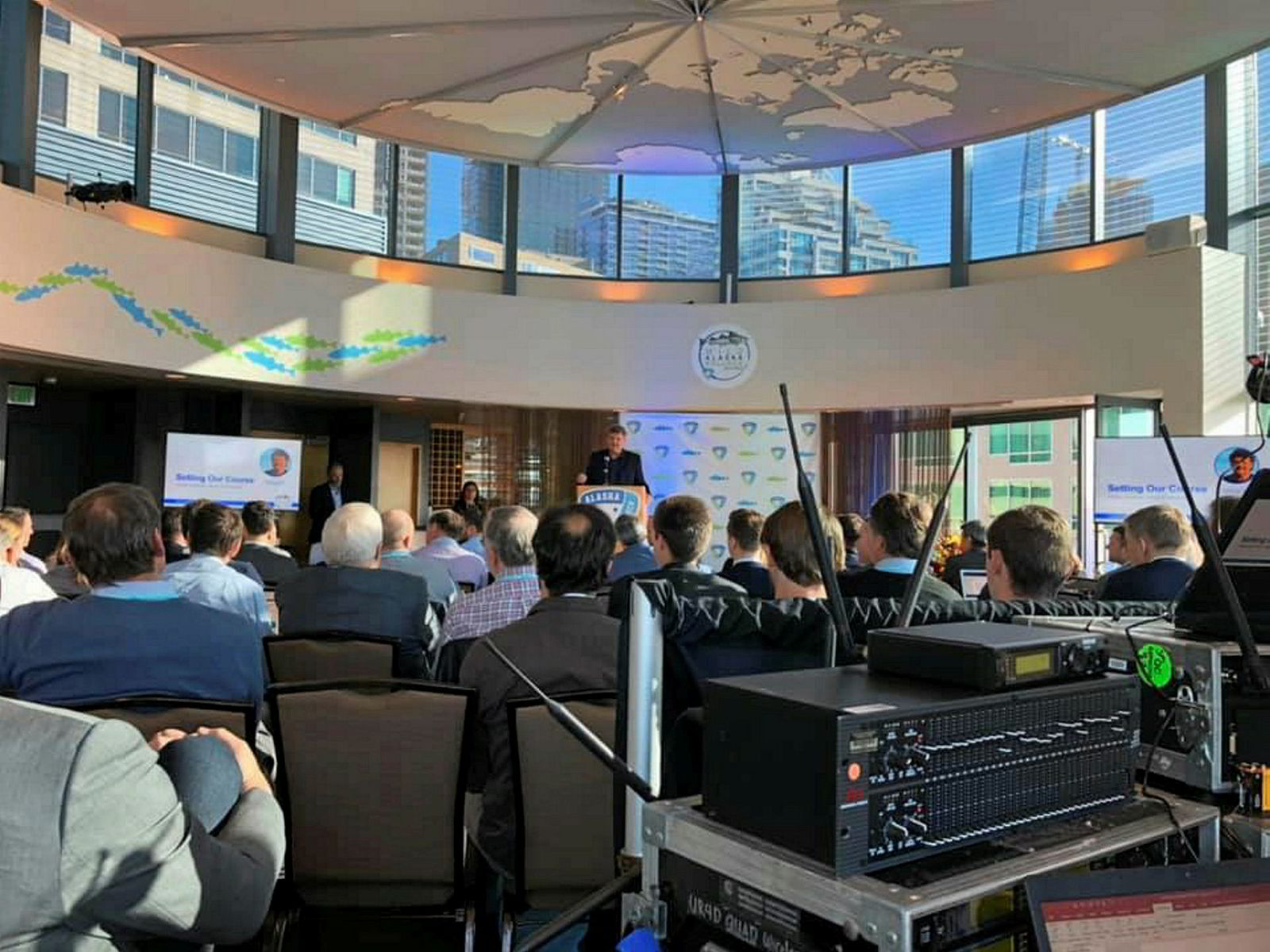 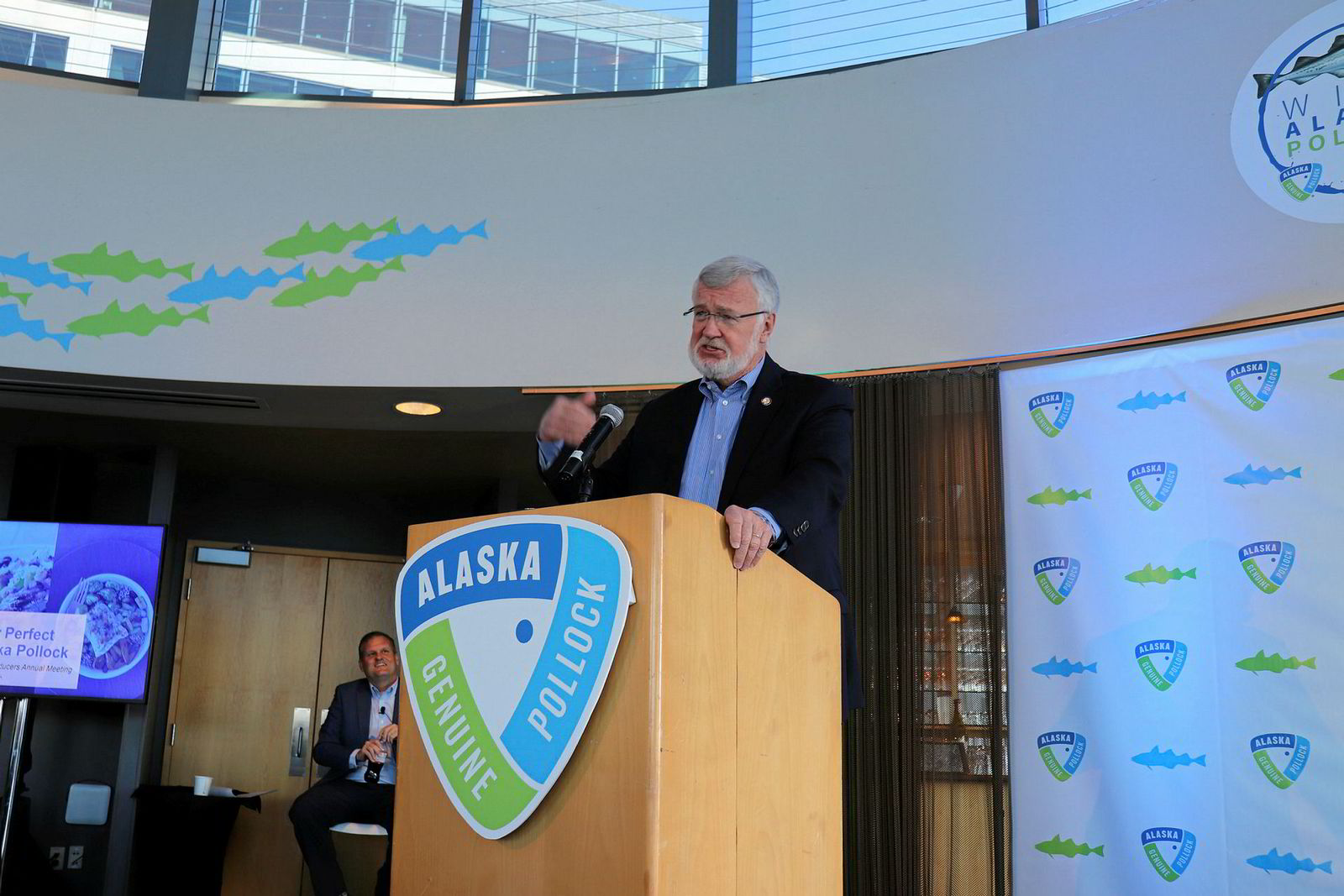 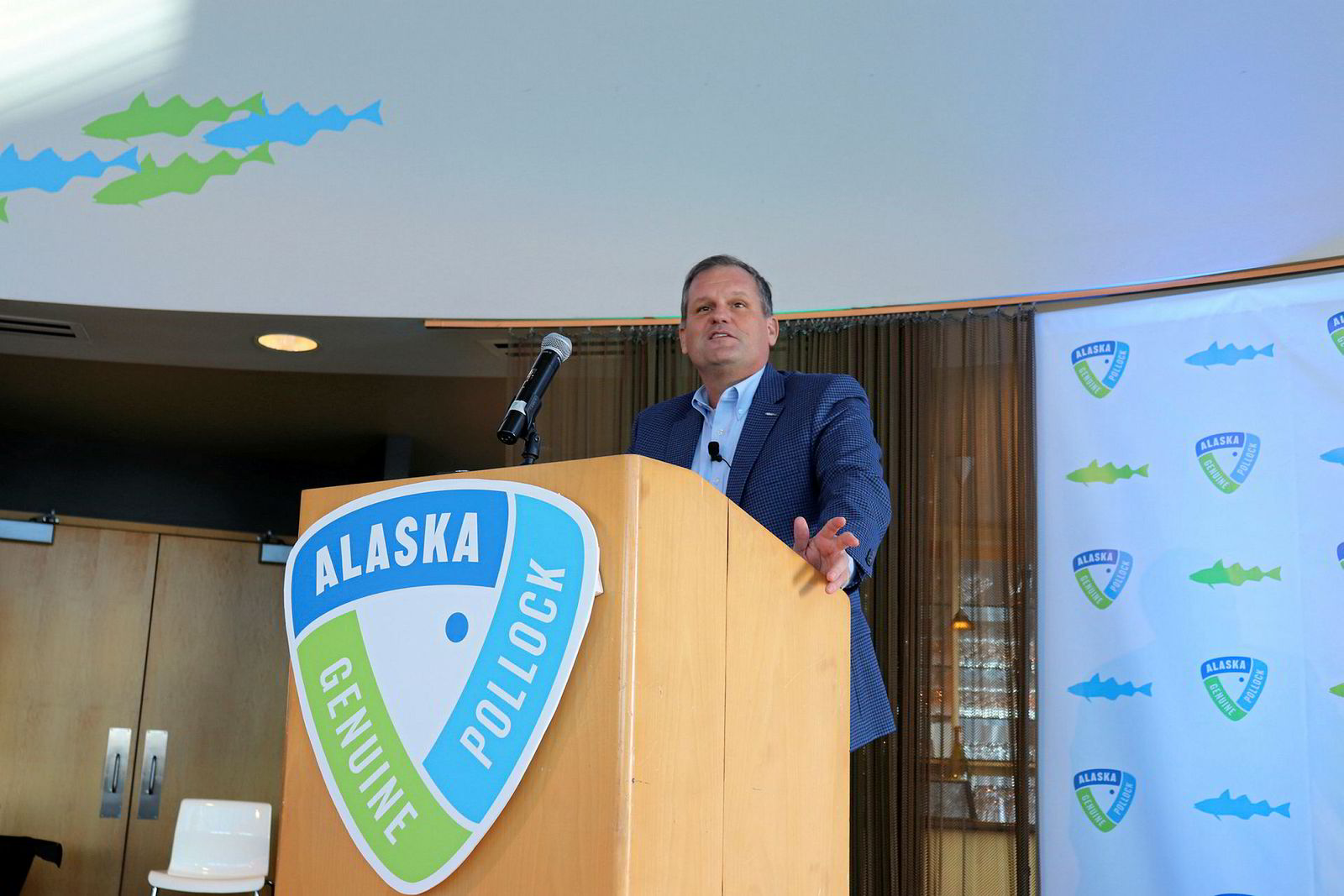 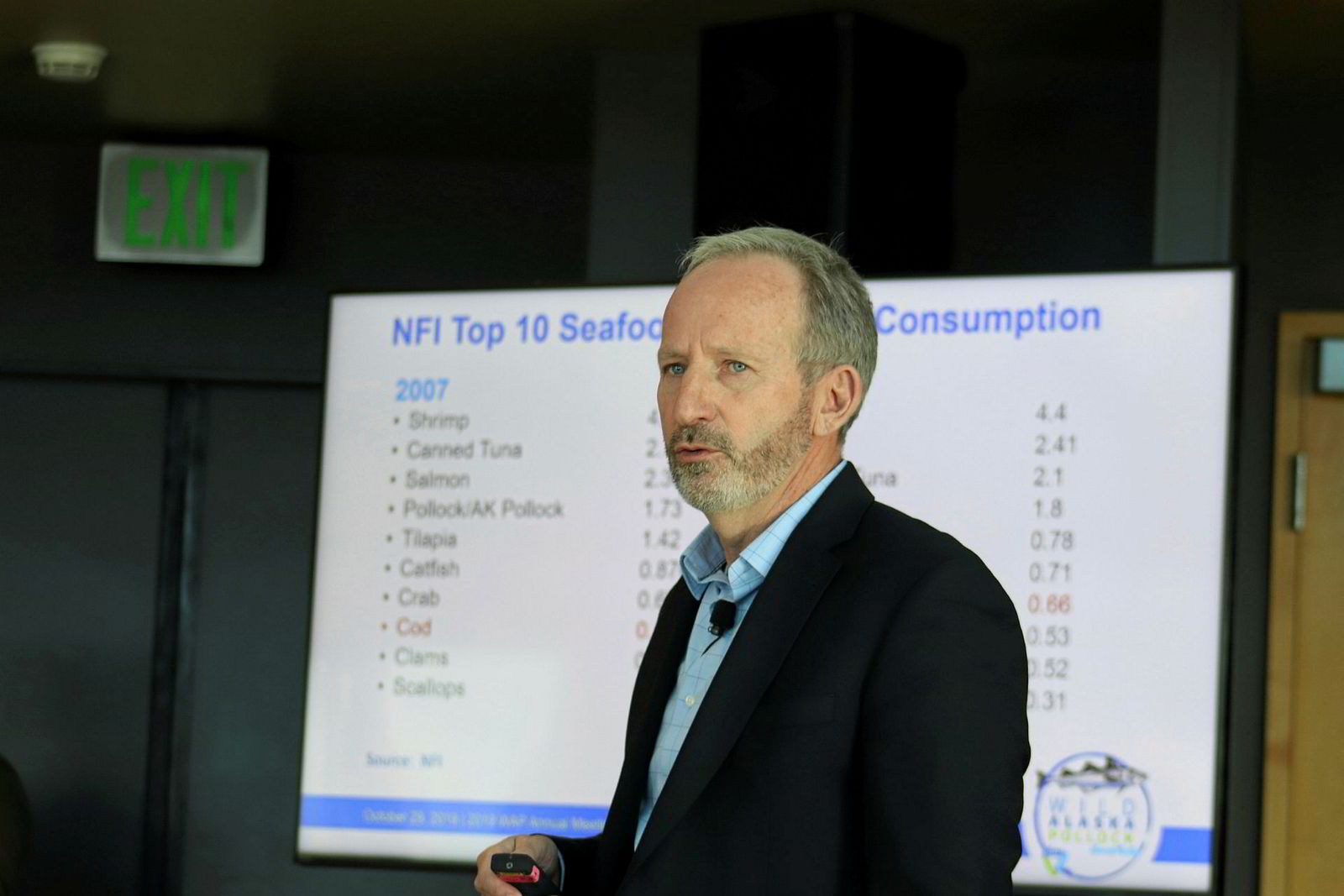 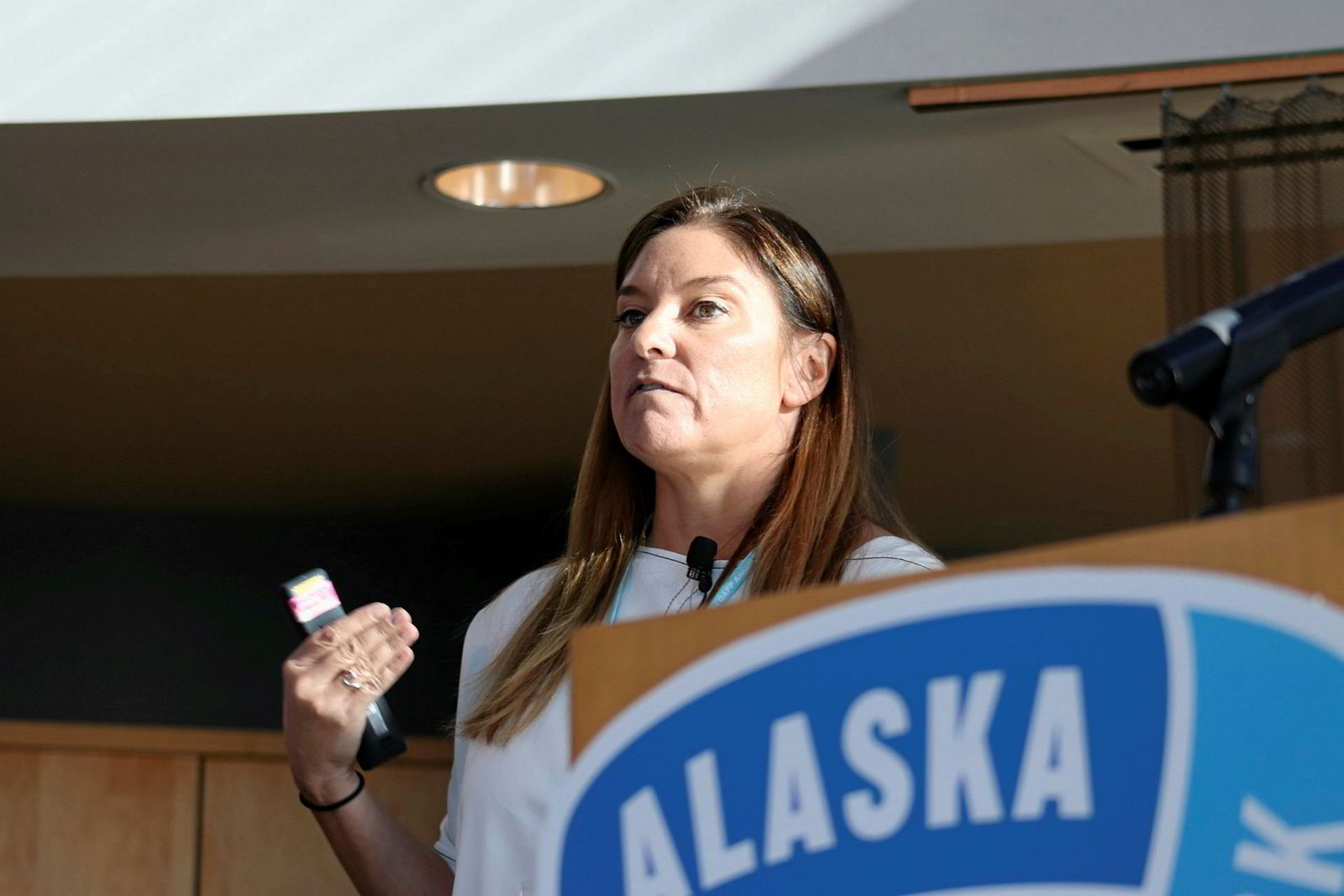 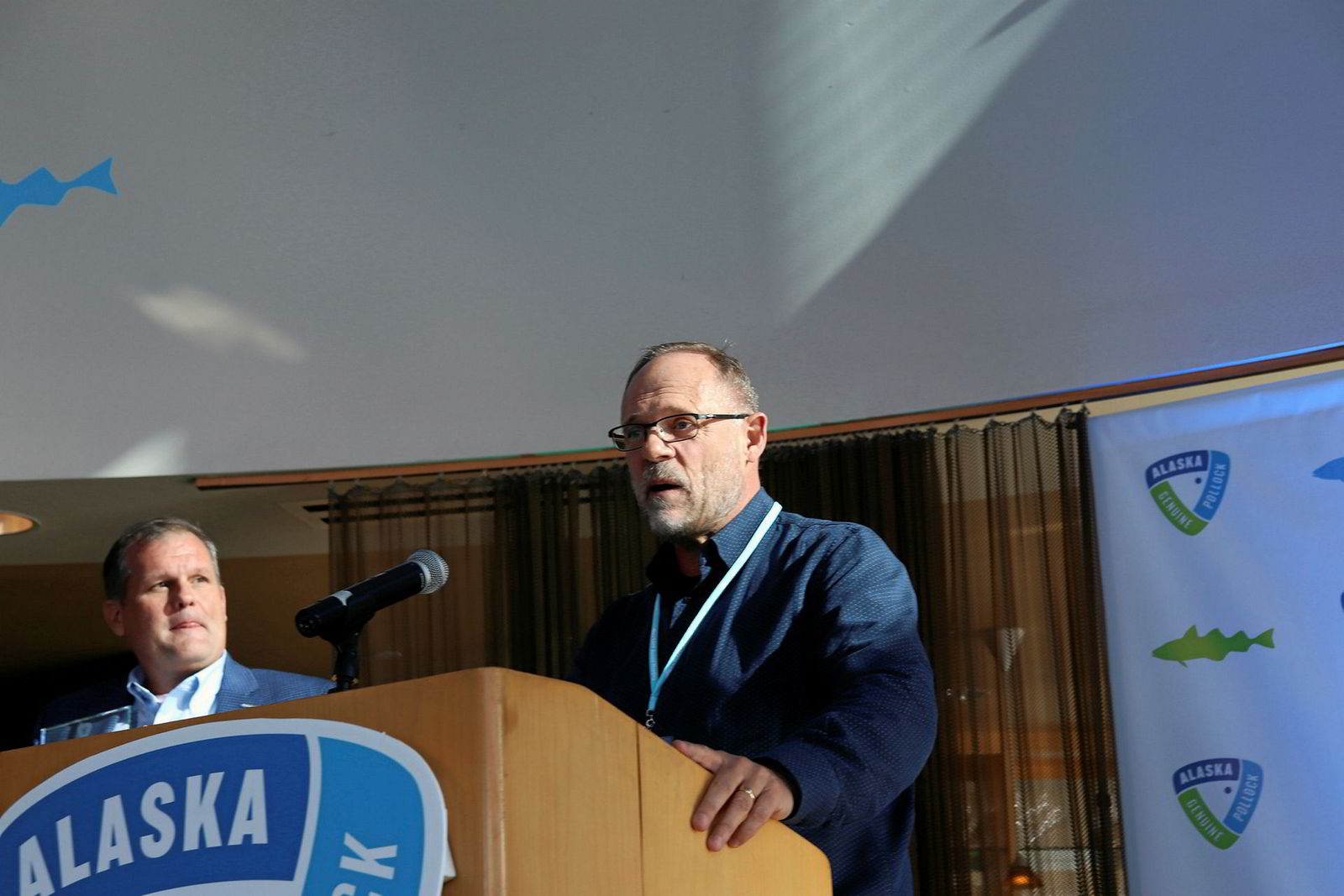 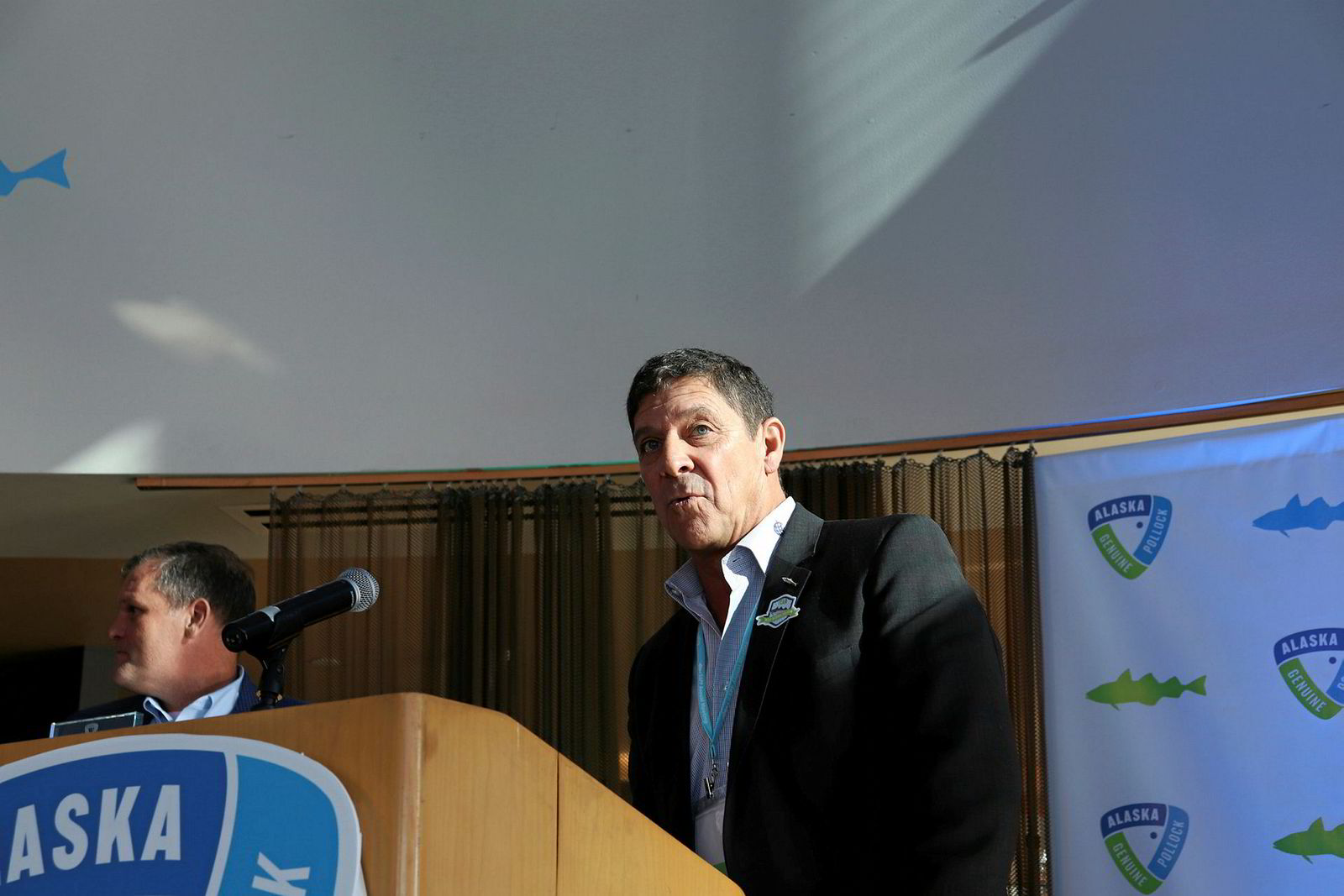 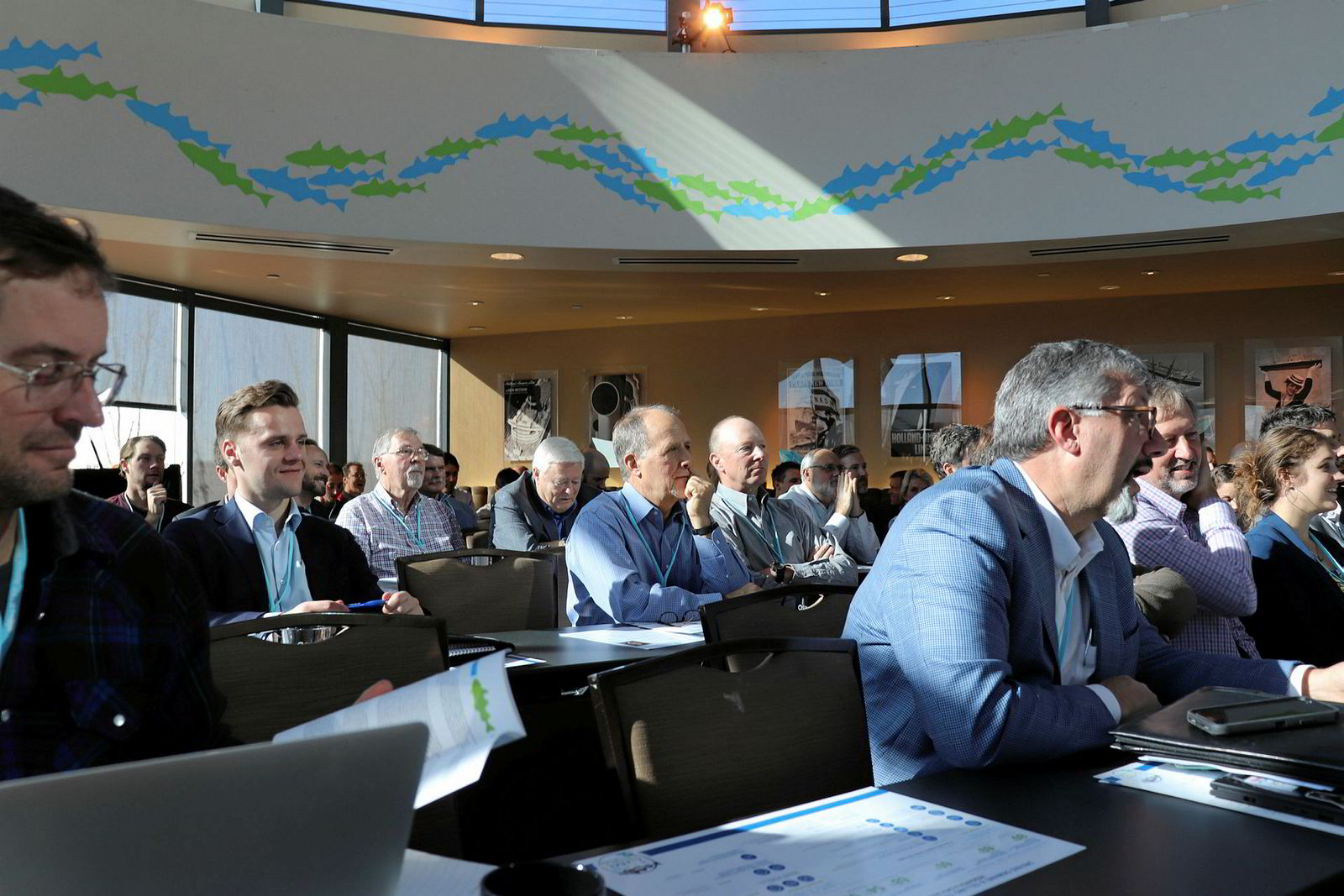 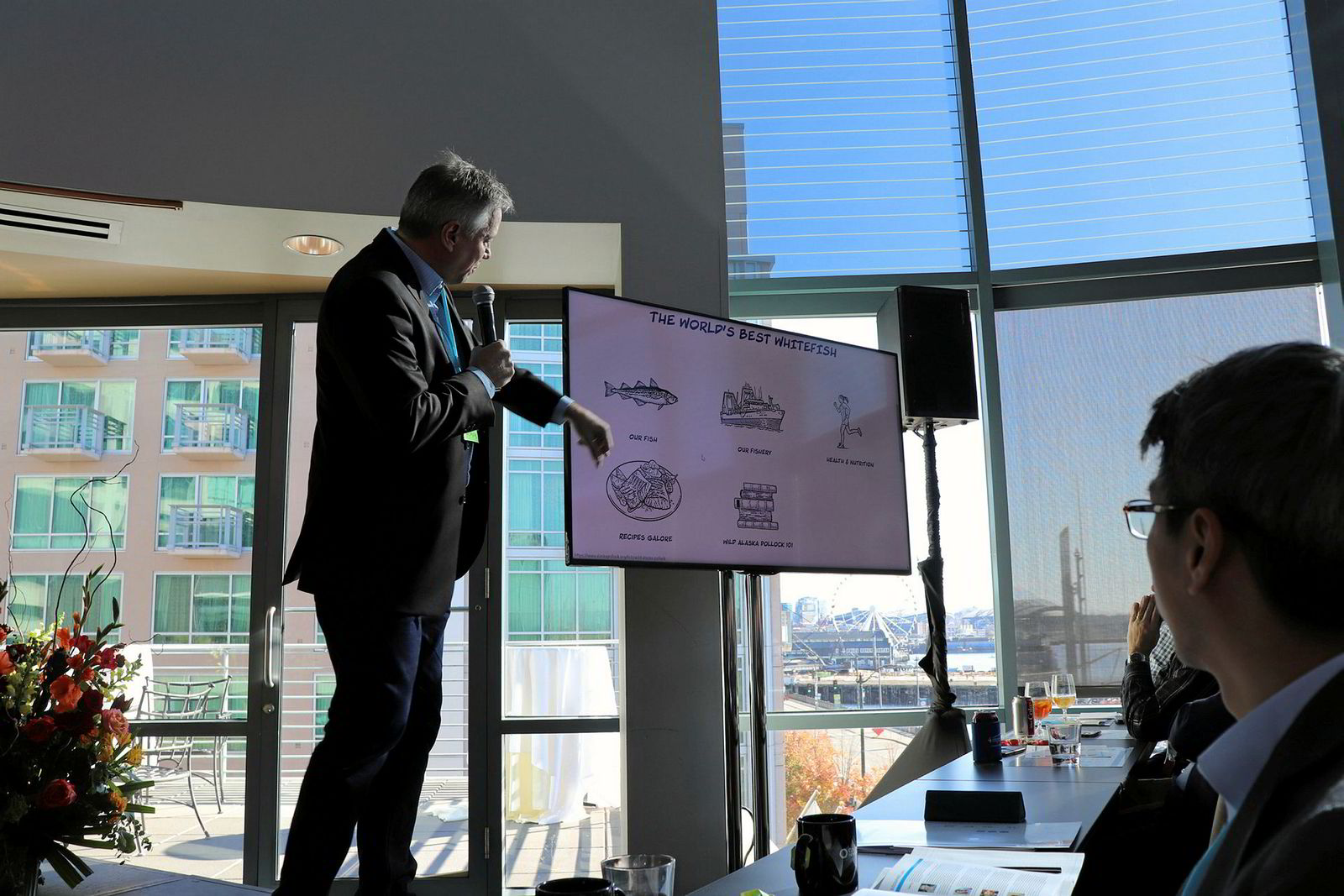 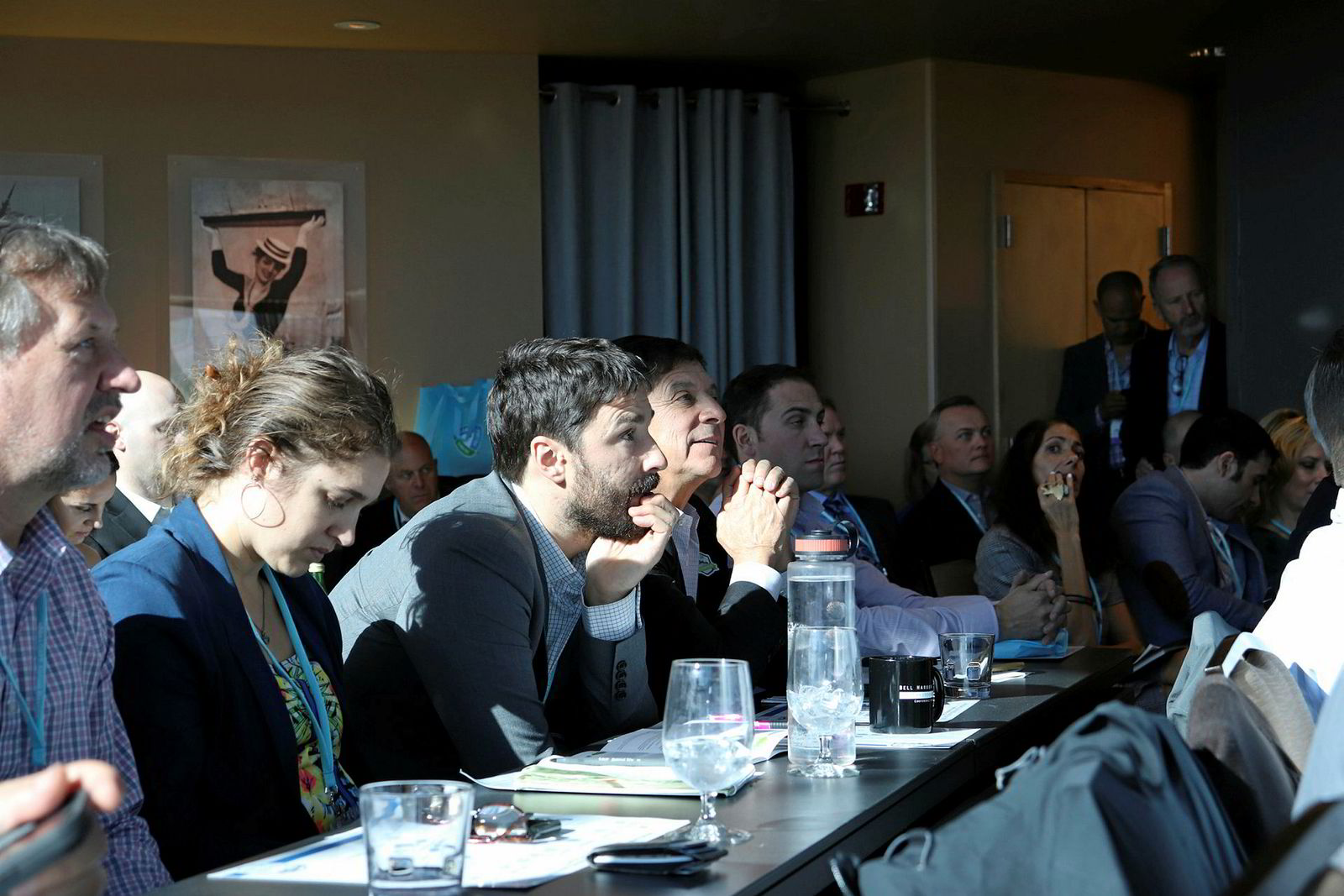 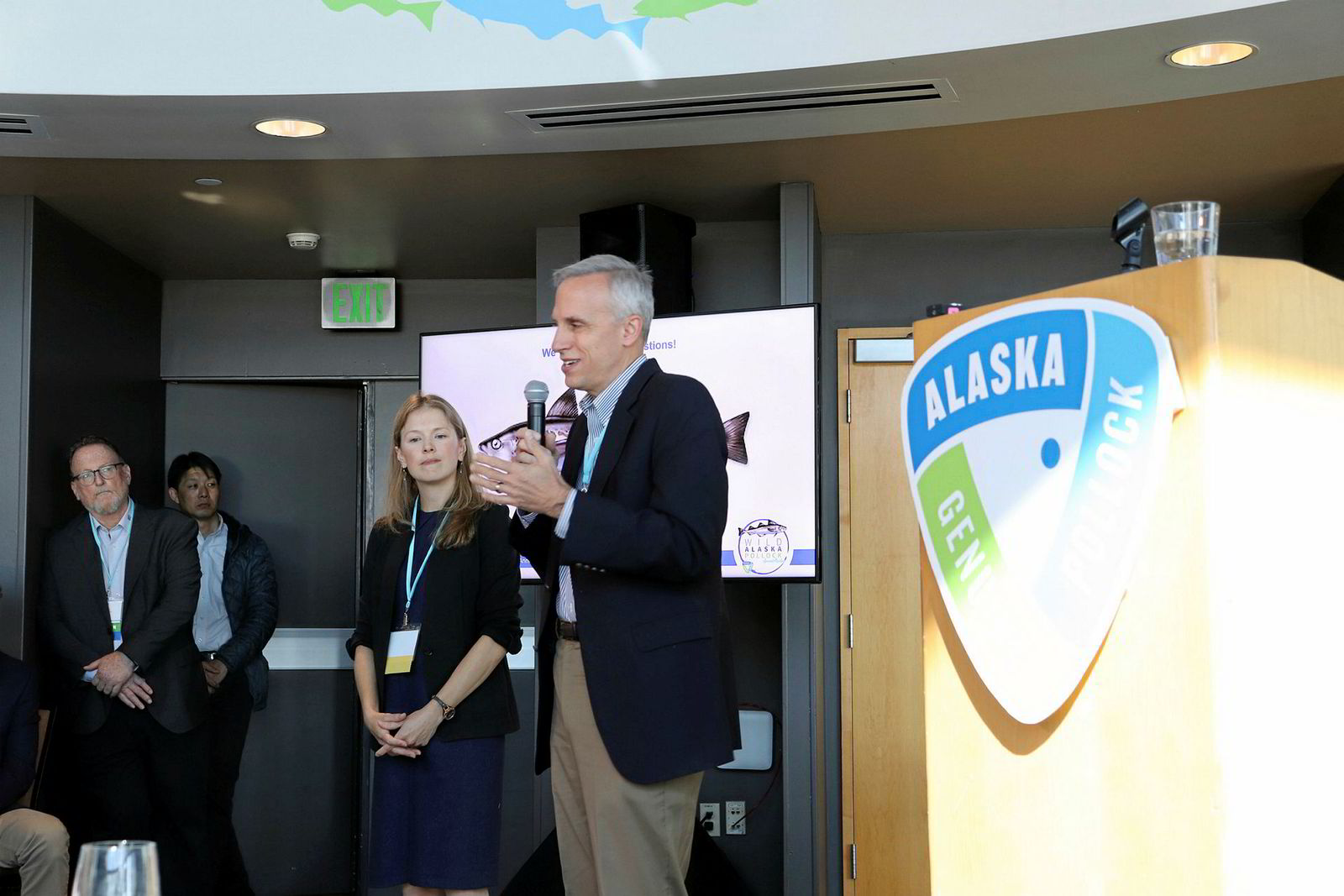 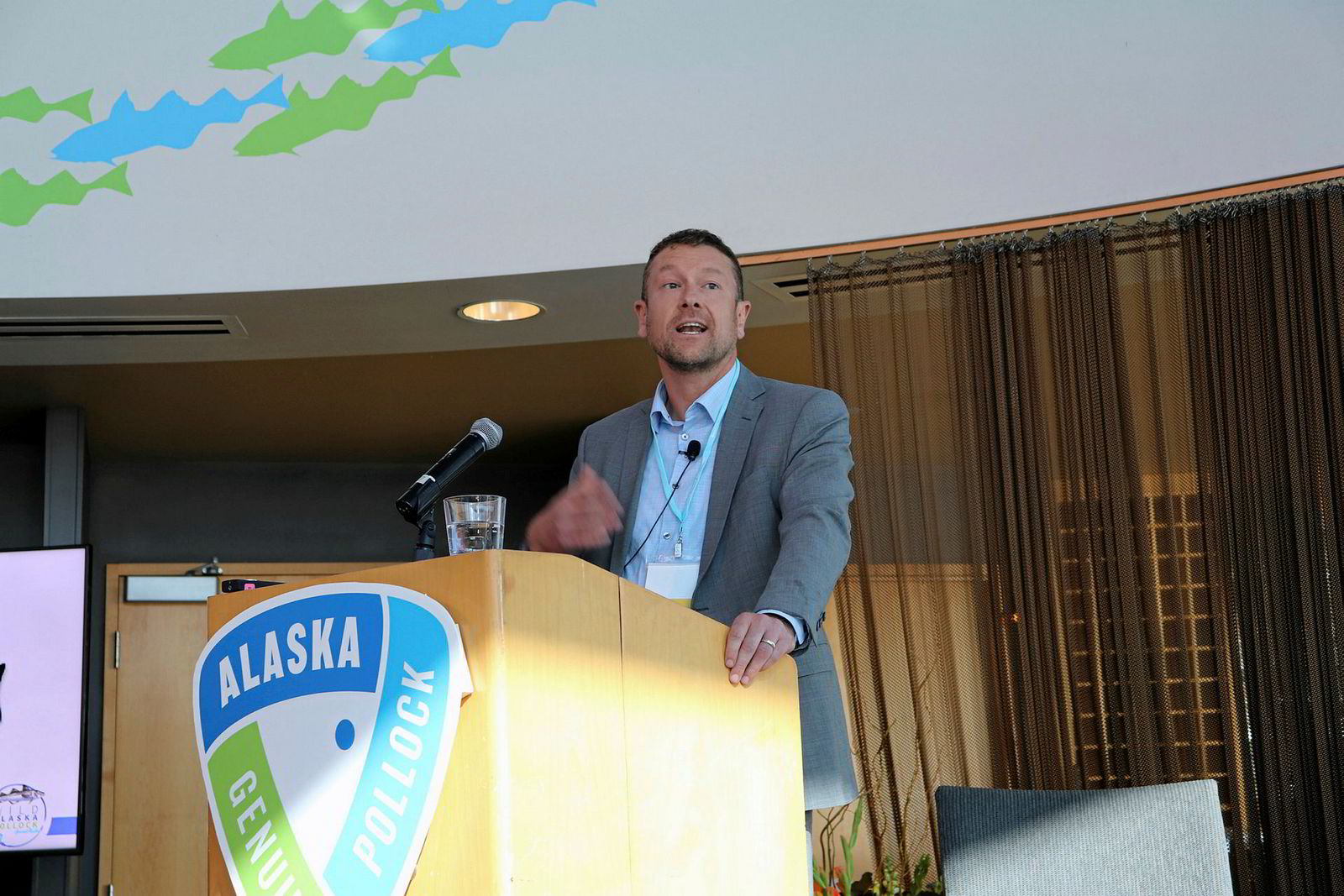 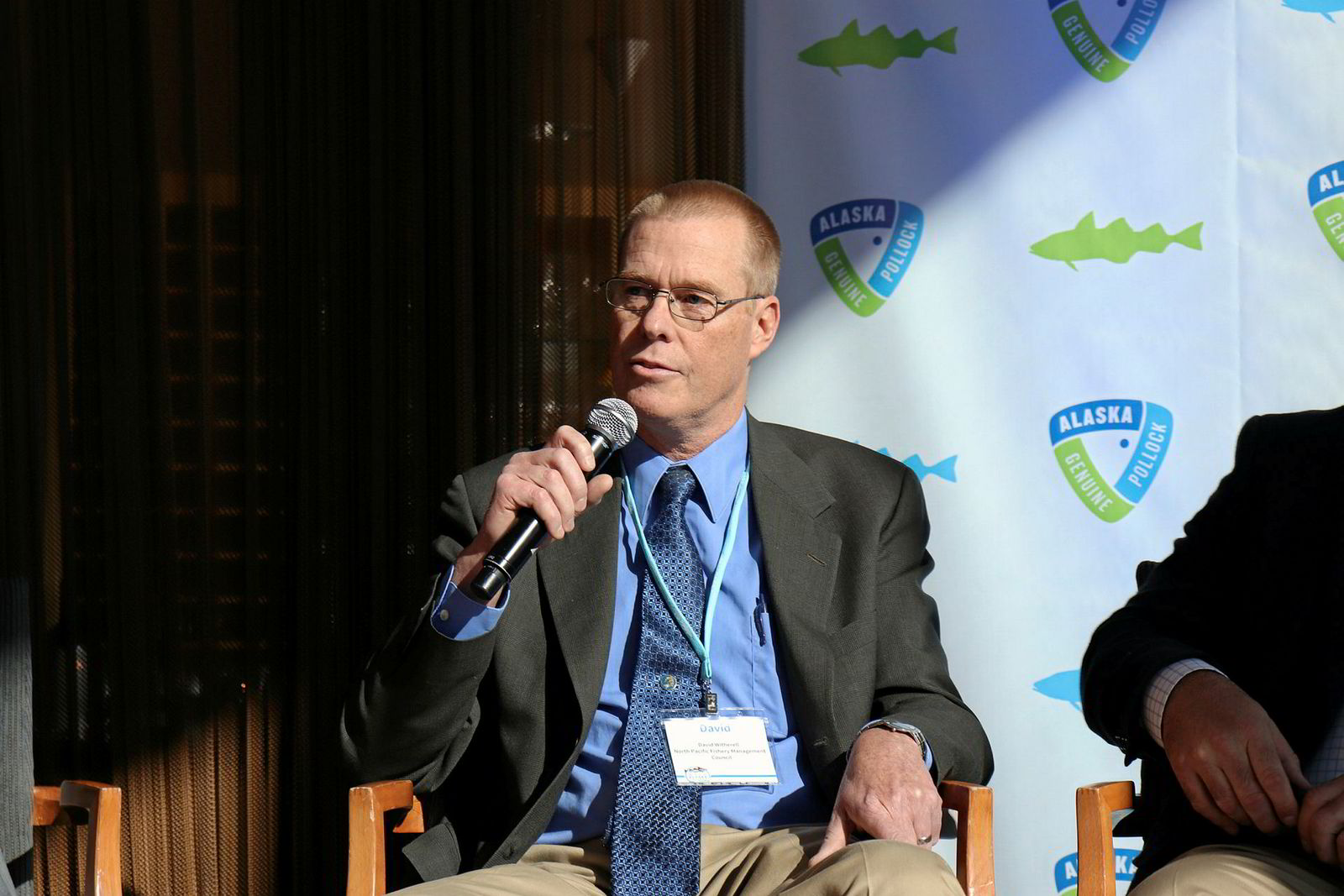 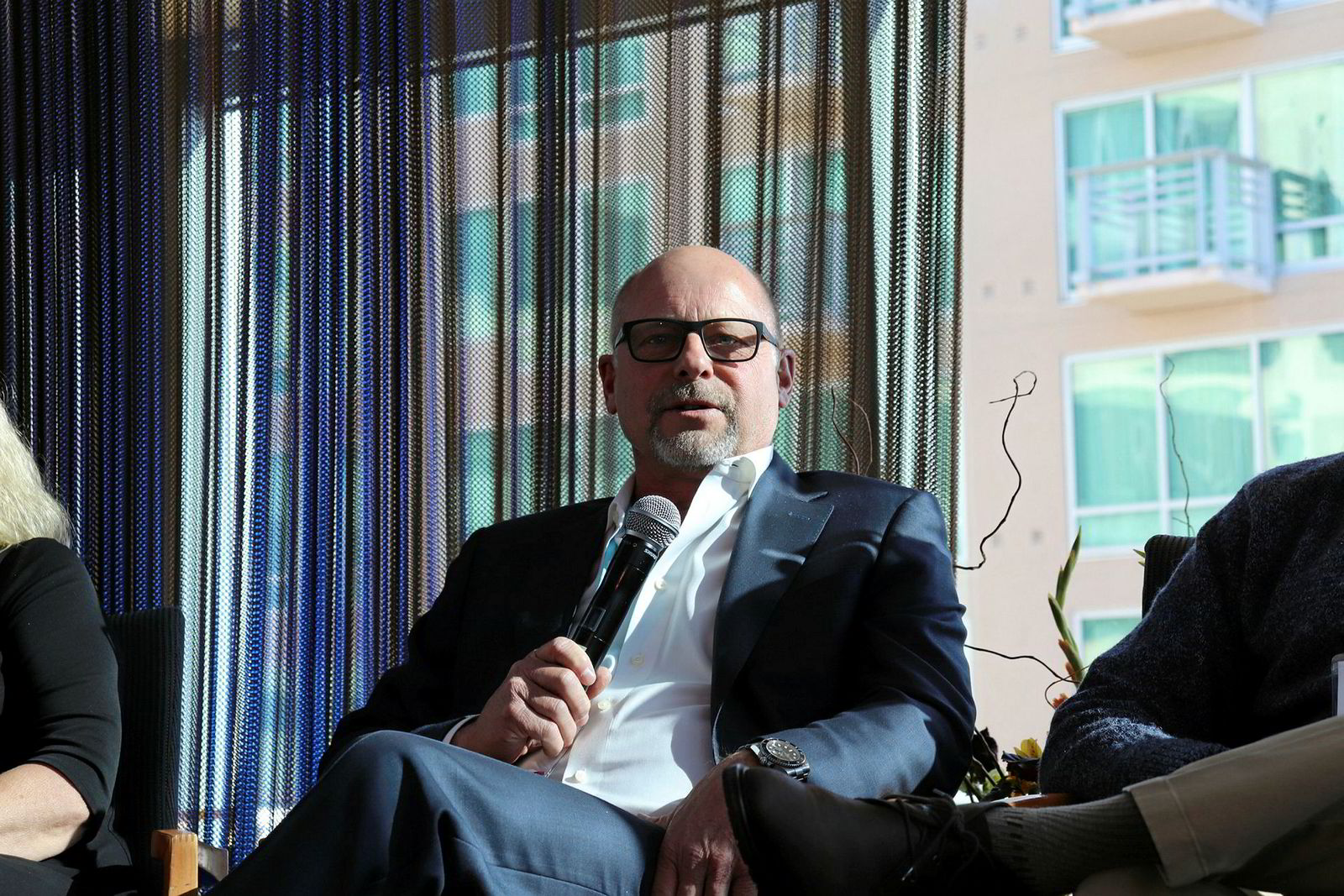 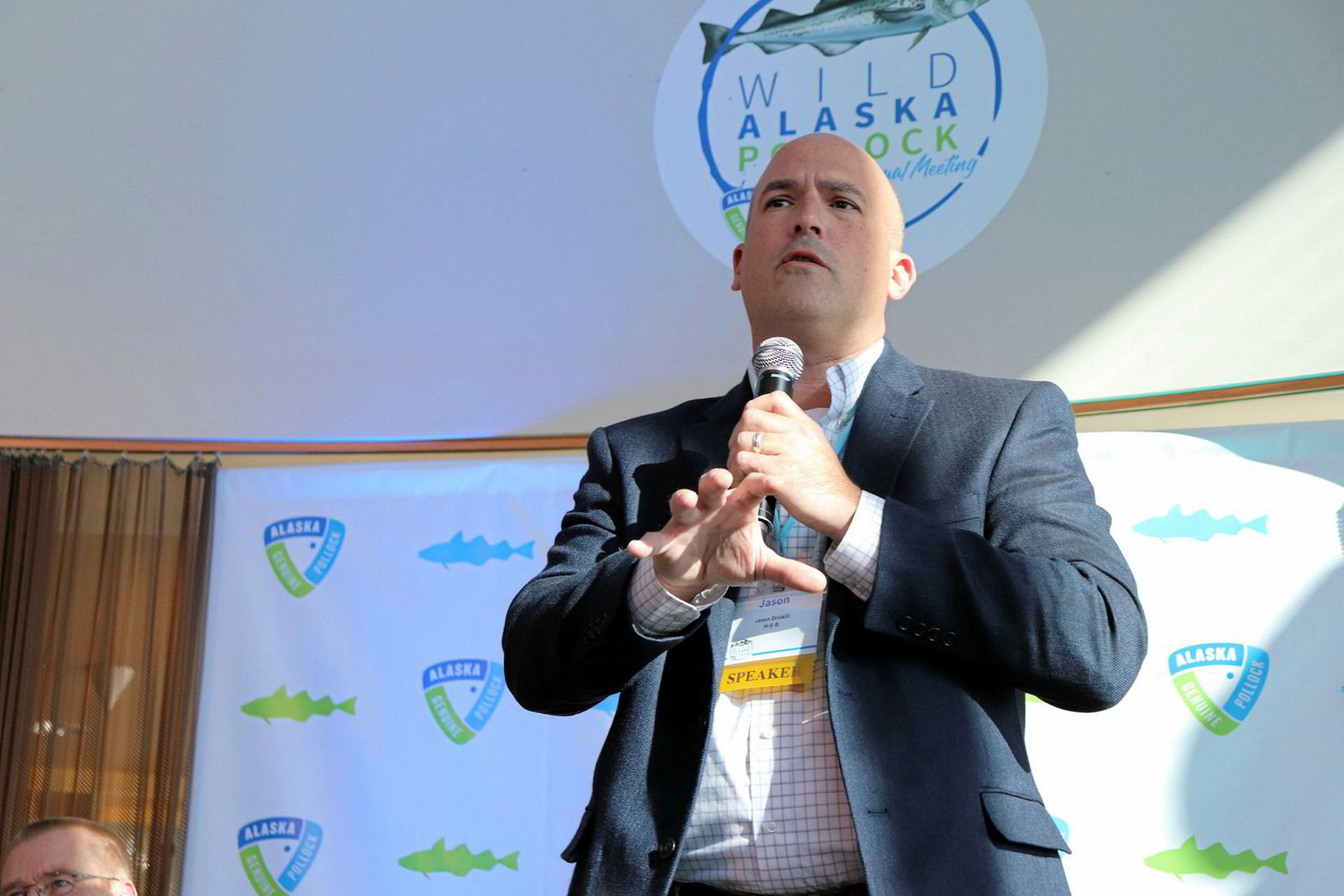 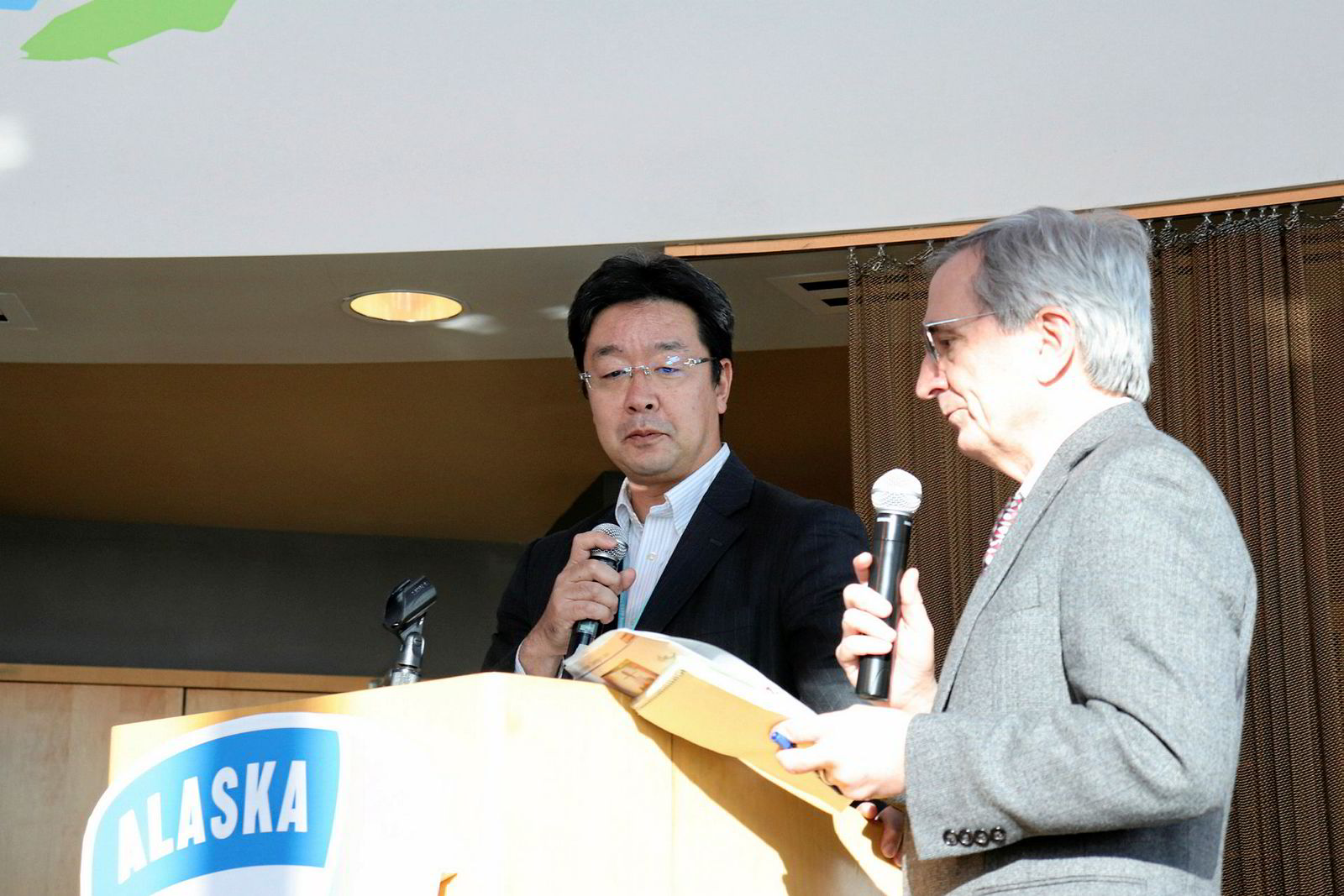 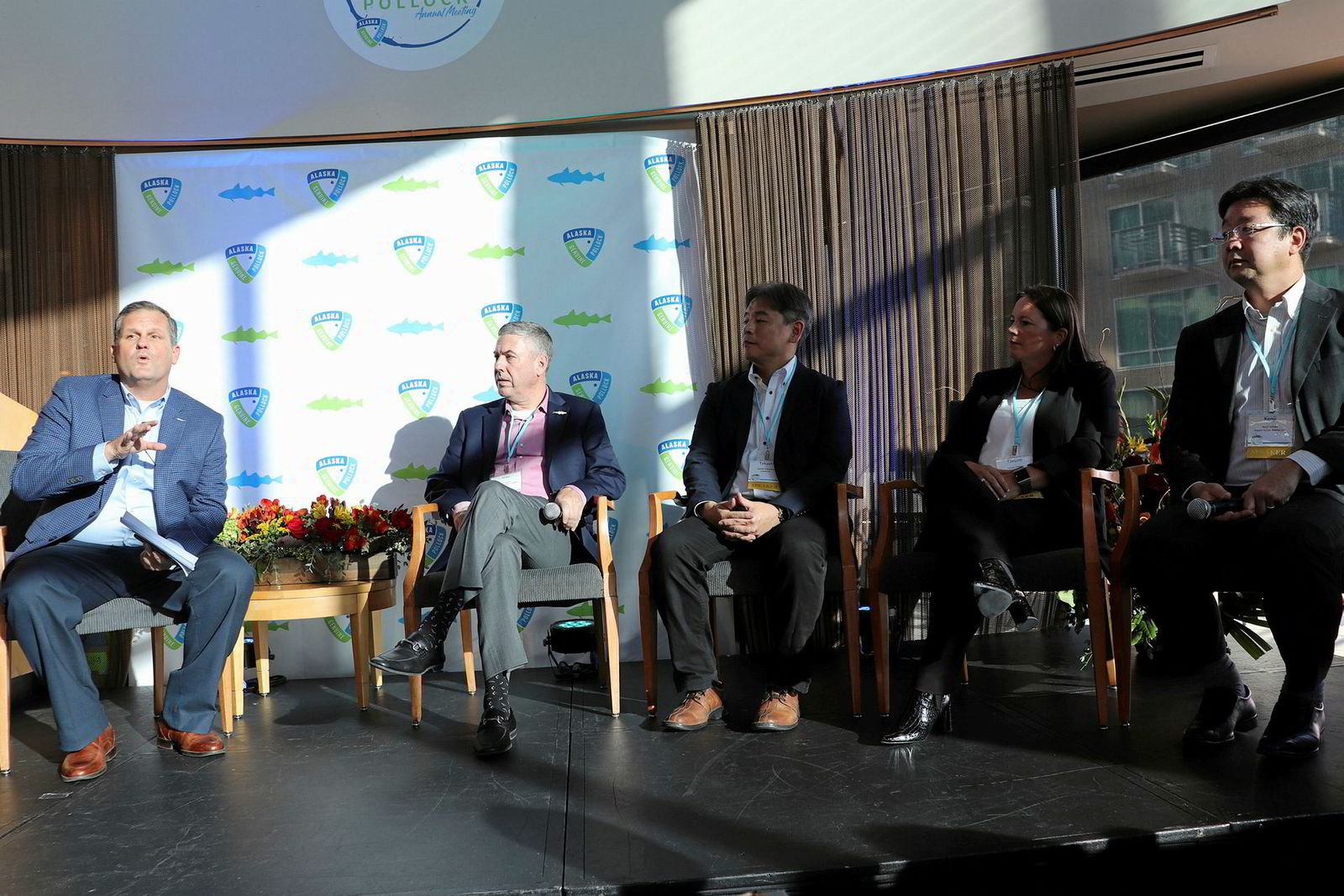 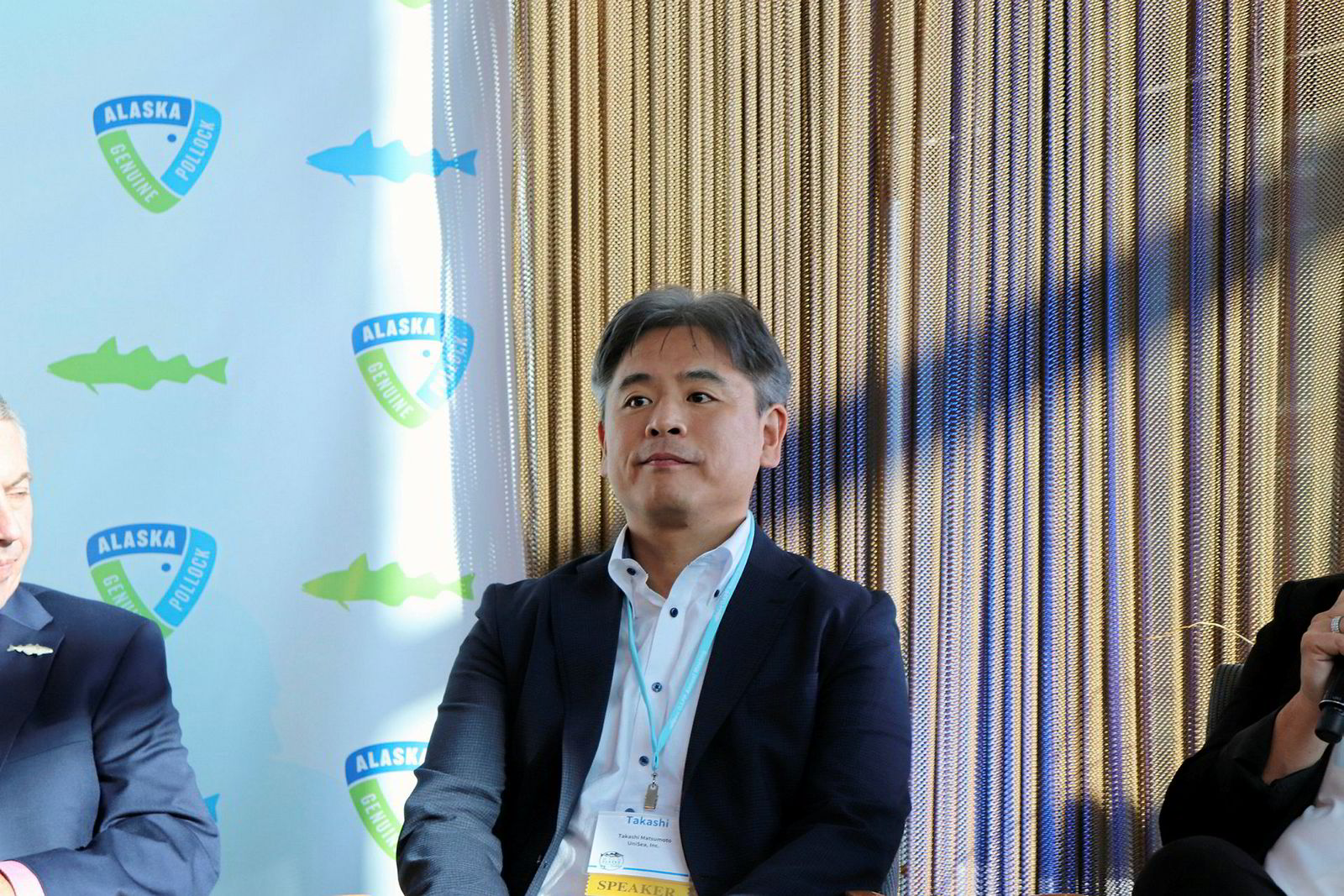 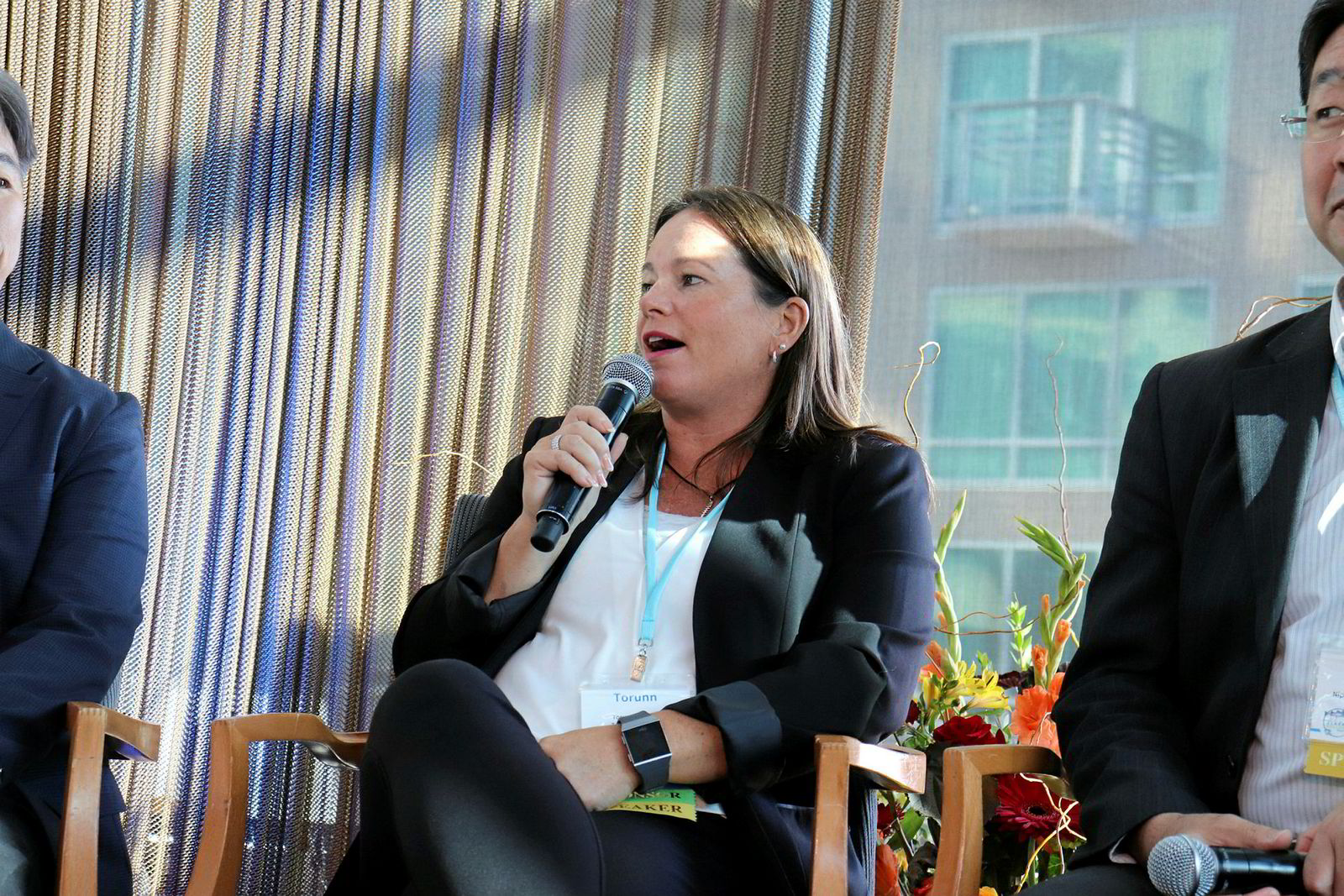 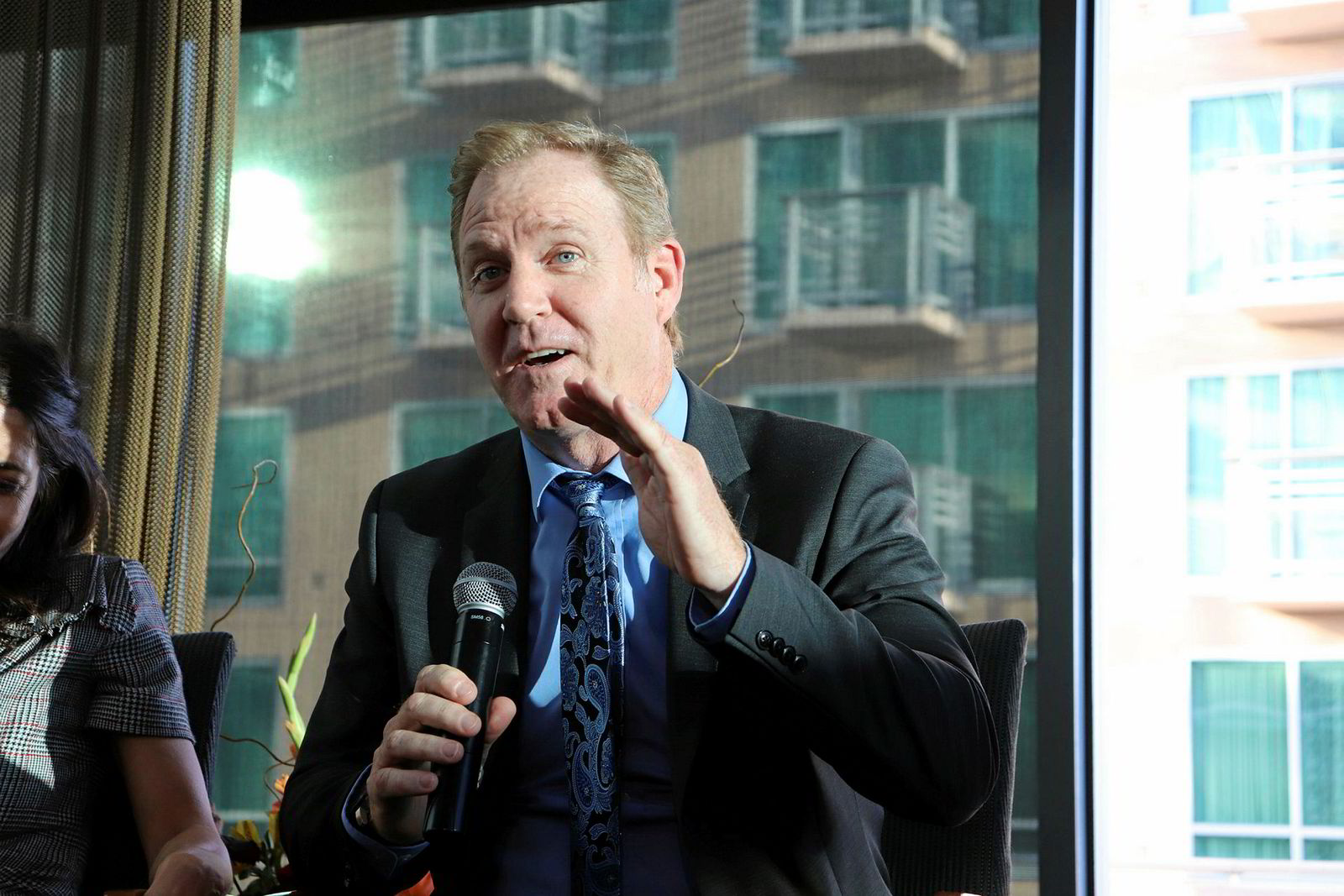 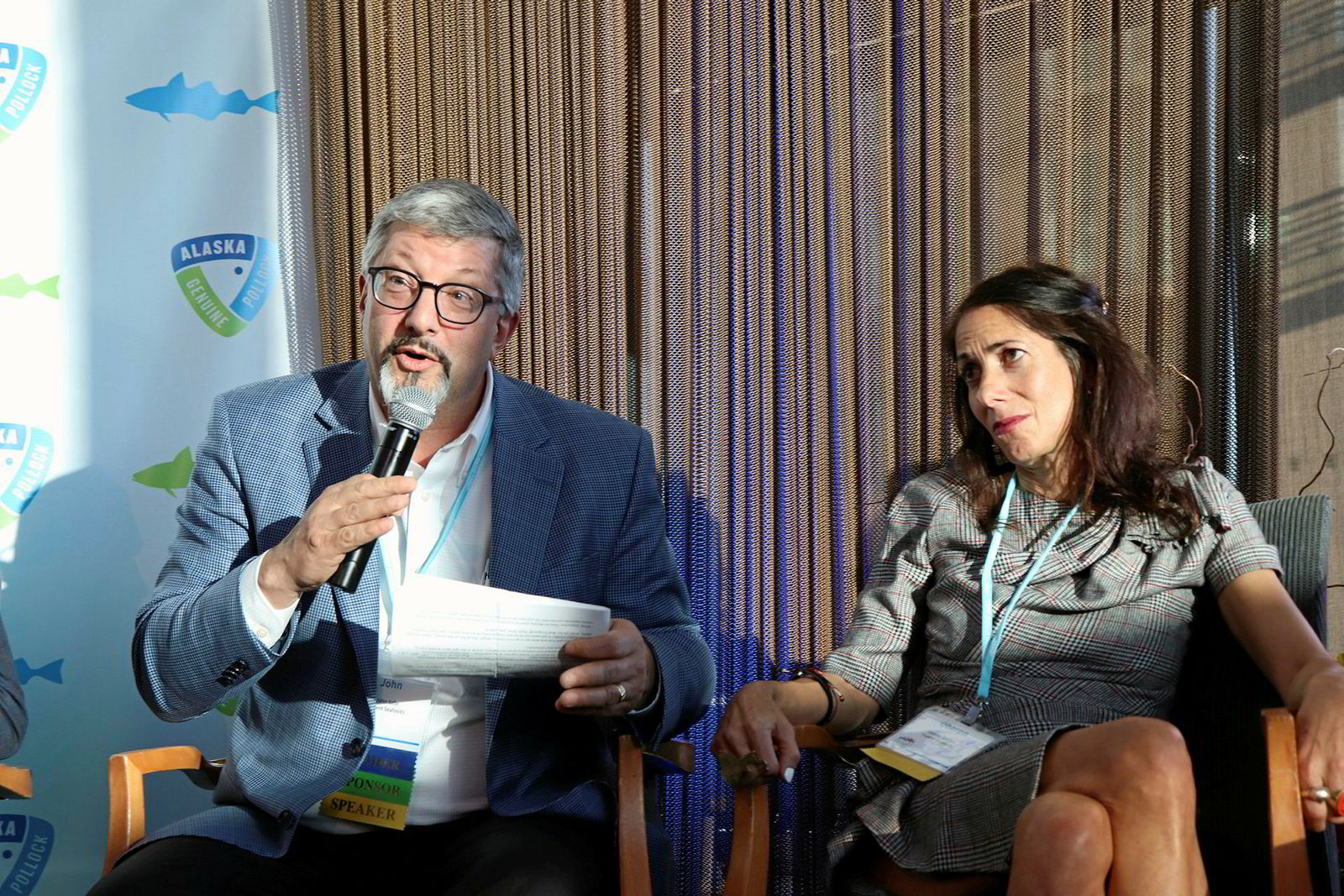 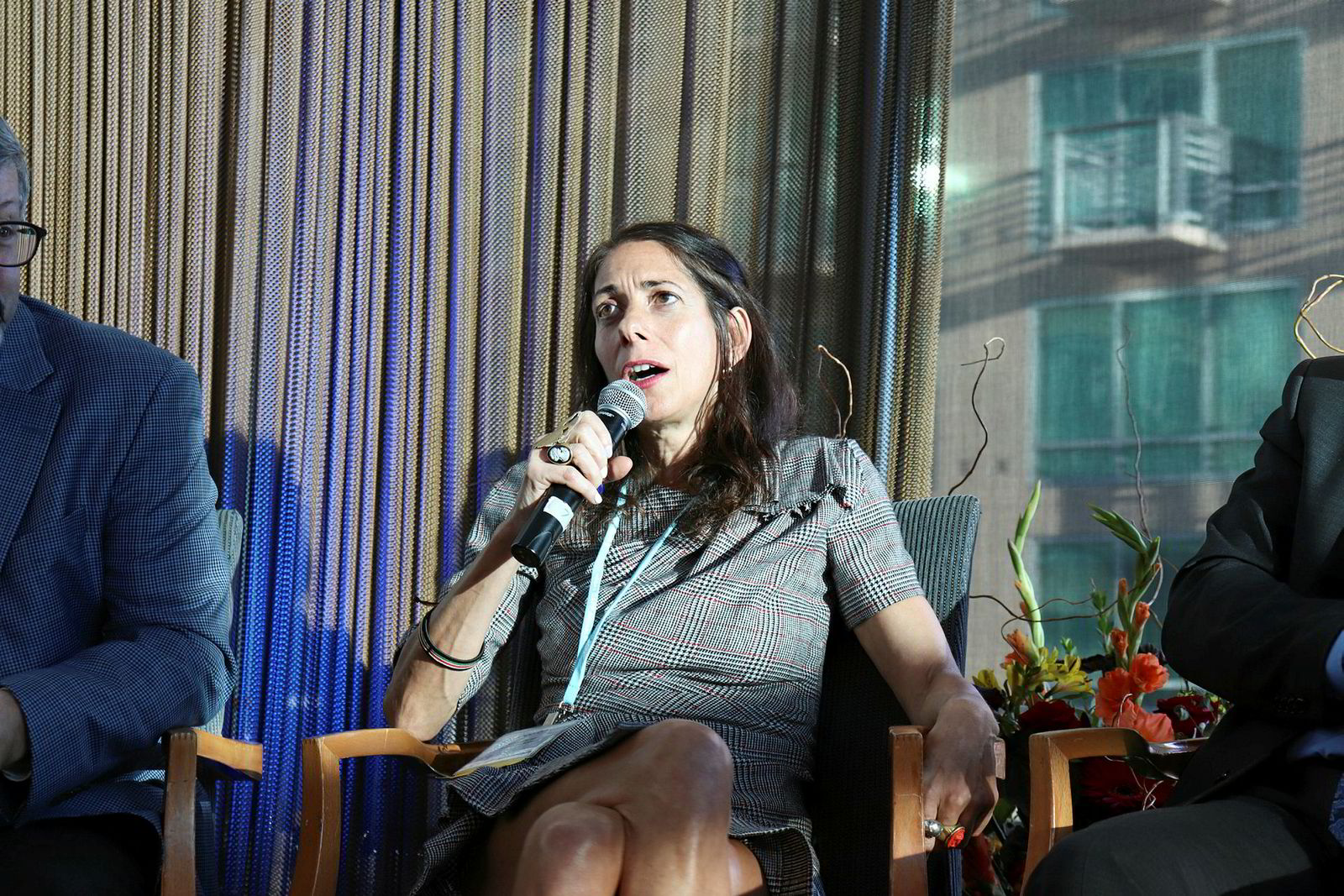 Challenges remain in marketing the fish to US consumers, but industry members showed they are prepared to invest heavily to put it on the map.

The Association of Genuine Alaska Pollock Producers (GAPP) kicked off its first-ever annual meeting this week in Seattle to show how it has raised the profile of Alaska pollock as a "perfect protein," following a year of intense reorganization.

Mikel Durham, CEO of American Seafoods and chair of GAPP's board of directors, gave the opening remarks to over 100 industry members at GAPP's new headquarters at the World Trade Center.

While Durham noted "there has never been a better time to be a part of the wild Alaska pollock industry," she countered with the challenge Alaska pollock has had in making an impression on US consumers.

"When people make a protein choice, seafood is not the first thing they're thinking of for some reason," she said.

"And wild Alaska pollock, which is the perfect protein--in nutrition, in sustainability, and in flavor--isn't getting the right growth associated with that protein demand."

GAPP CEO Craig Morris noted during the meeting that the group has conducted research on pollock to better tell its story to US consumers, and form a narrative for why it is a perfect protein.

GAPP worked over the last six months to conduct in-depth stakeholder interviews across the food chain, a consumer survey of more than 1,000 respondents nationwide and a series of consumer focus groups to determine the most salient, motivational and convincing messaging around the fish.

Groundfish Forum to make first US appearance in 2020
Read more

"Eighty percent of consumers recognize the name," she said. "You are starting with an opportunity because there’s great brand equity simply in the name 'wild Alaska pollock.'"

Germaine noted that while there’s high recognition of the name, consumers don’t know much about the fish’s attributes beyond that.

“There’s a story to be told as people don’t know much about this fish beyond its name—but when you introduce the fish to them you see a significant increase in their willingness to buy,” she said.

“Roughly 25 to 35 percent of consumers will buy wild Alaska pollock just on the name alone, but when you introduce the fish more fully, that number jumps to nearly 50 percent across all three major purchasing categories.”

A growth in domestic pollock consumption

Longtime seafood industry veteran and GAPP economic consultant Ron Rogness told the audience that despite its marketing challenges with US consumers, pollock consumption is increasing in the United States.

His analysis of NOAA data showed US consumption of Alaska pollock has exceed imported pollock consumption since 2013, and continues to outperform tilapia and pangasius in the whitefish category.

Wholesale value of Alaska pollock is at around $1.5 billion, according to Ron Rogness, GAPP economic consultant. #gappam2019 pic.twitter.com/YATV7IDS8G

A large portion of the meeting was devoted to getting the message out there that the Alaska pollock fishery is the largest sustainable fishery in the world.

GAPP unveiled plans for a comprehensive Life Cycle Assessment (LCA) for Alaska pollock, which is currently being conducted by environmental consulting group Quantis.

“Sales of more sustainable products have grown 20 percent since 2014,” said Bryan Sheehan, US director of Quantis.

“Sustainable products are currently 22 percent of the total grocery store and that figure is projected to jump to 25 percent by 2021."

The firm has previously helped leading companies such as Starbucks and McDonald's measure, reduce and communicate clearly about their environmental impacts, it said.

The firm's results on Alaska pollock are expected to be finished by next summer.

Sheehan said he expects Alaska pollock to have a much smaller carbon footprint than chicken, pork or beef, when the assessment is complete.

An afternoon panel, moderated by Matt Tinning of the At-Sea Processors Association, picked up strongly on this theme, explaining how wild Alaska pollock was sustainable “before it was sexy."

“We’ve been having this conversation [about sustainability] with customers for more than ten years now,” said Jason Driskill, senior director of seafood procurement for Texas supermarket chain HEB.

“Our first conversation with customers around sustainability was through the lens of Alaska because Alaska does a great job balancing thriving communities with thriving fisheries.”

Driskill explained sustainability helps align people with what they’re putting in their bodies from a values standpoint and that it’s critical to HEB’s business, so much so that Alaska pollock has become a significant part of their seafood offerings.

"Most significantly, we’re looking to make a major shift in 2020 for all of our 230 sushi locations to feature wild Alaska pollock," he said.

Takashi Matsumoto, UniSea's director of sales and marketing, noted surimi demand worldwide is around 820,000 metric tons, with Japan consuming around 42 percent of that market share.

While Japan has long been a pollock user, the company has seen crab stick and flake sales climb following television shows that have promoted the fish as being good for building muscle.

He also noted Alaska pollock sales picked up in Japan over the past two years thanks to growing awareness of Marine Stewardship Council's (MSC) eco-label.

With the 2020 Winter Olympics being held in Tokyo, he noted seafood suppliers will be required to provide a seafood certification label such as the MSC's or the Aquaculture Stewardship Council's (ASC), which will give a further edge to species such as pollock.

Kenji Uchida, a chief scientist of functional ingredient research for Nippon Suisan's R&D Center, spoke via an interpreter about ongoing research around pollock and its potential to build muscle mass.

His research has shown so far that pollock is a "perfect protein" because its nutrients "are equal to or better quality than egg protein."

Pollock has the capacity to increase human muscle mass, especially fast-twitch muscle mass, which decreases with age, he said.

Is pollock the next kale?

Trident's Senior VP of Marketing and Innovation John Salle and My Young Aunti CEO Oberon Sinclair talked about working together to promote Alaska pollock as a "superfish" on social media, during a panel that looked at where Alaska pollock could grow in the US market.

Trident submitted a proposal to GAPP with the intention of working with Oberon, Salle said, and in January GAPP awarded Trident an unspecified amount of funding for projects that will expand consumer awareness of wild Alaska pollock in new market channels and support new product introductions.

Sinclair, who described herself as "the queen of kale" for a guerrilla marketing campaign she headed over 10 years ago to spur a trend in US consumption of the vegetable, told the audience she didn't know much about Alaska pollock when she was approached by Trident CEO Joe Bundrant a year ago.

"I went on a seven-hour fishing trip to Akutan, [Alaska] and stayed there in the plant," she explained per Bundrant's invitation.

Which led Sinclair to decide the best way to promote the fish on social media was with the hashtag "superfish."

"The funding from GAPP has allowed me to do some pretty incredible things in the past year," she said.

"Influential dinners, lots of media placements, some pretty insane ones coming out in the next couple of months I'm not allowed to talk about. But they will change the industry."