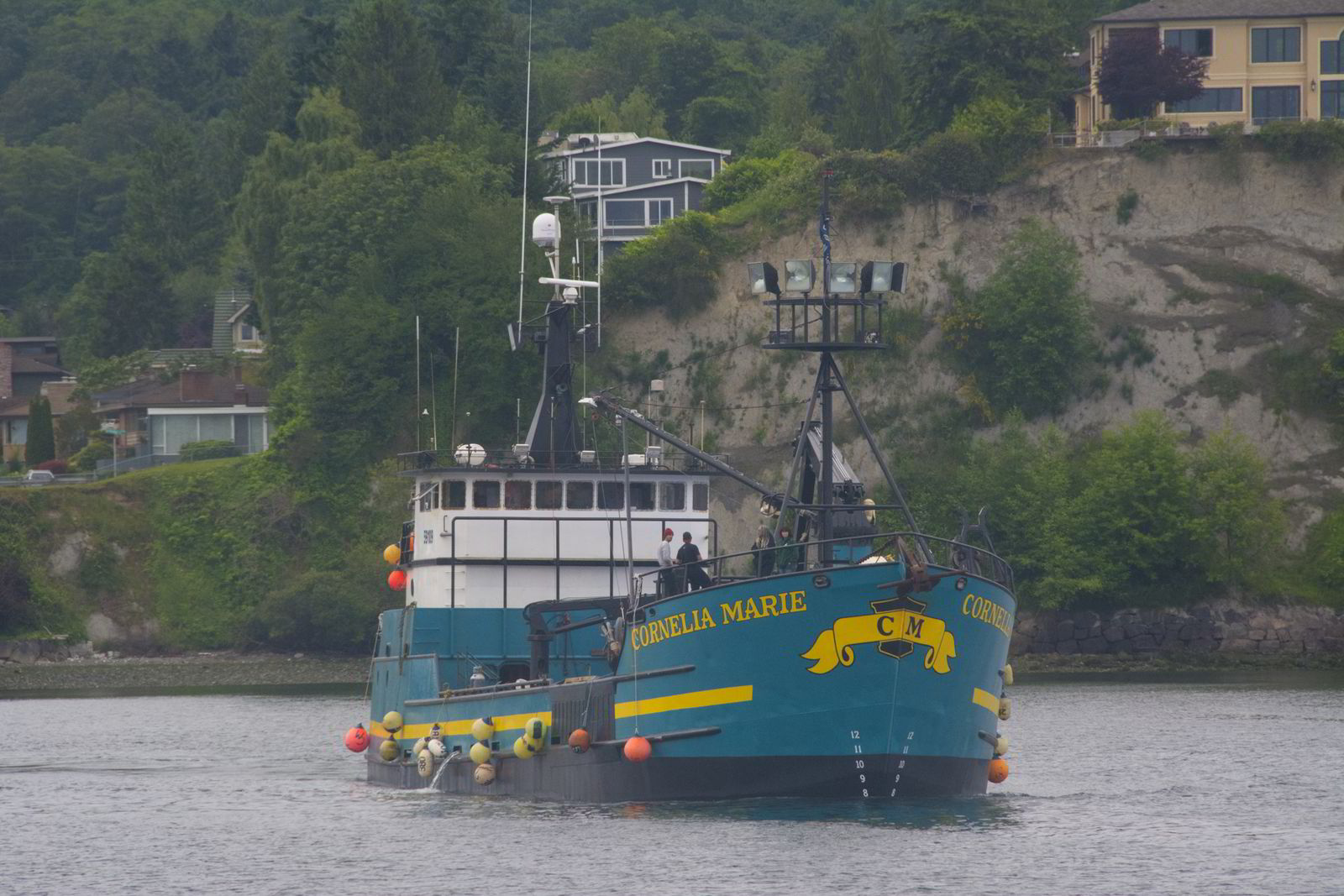 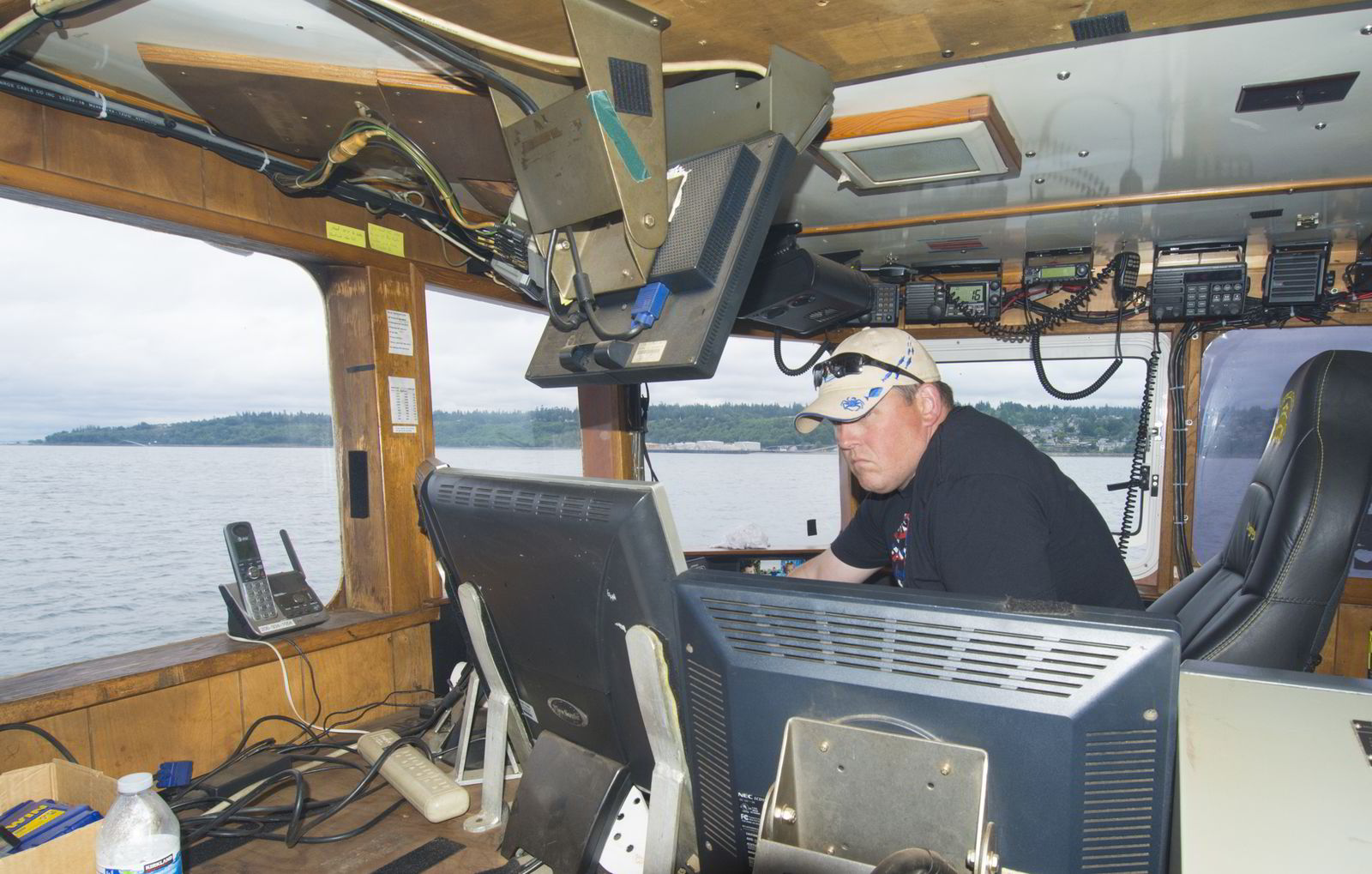 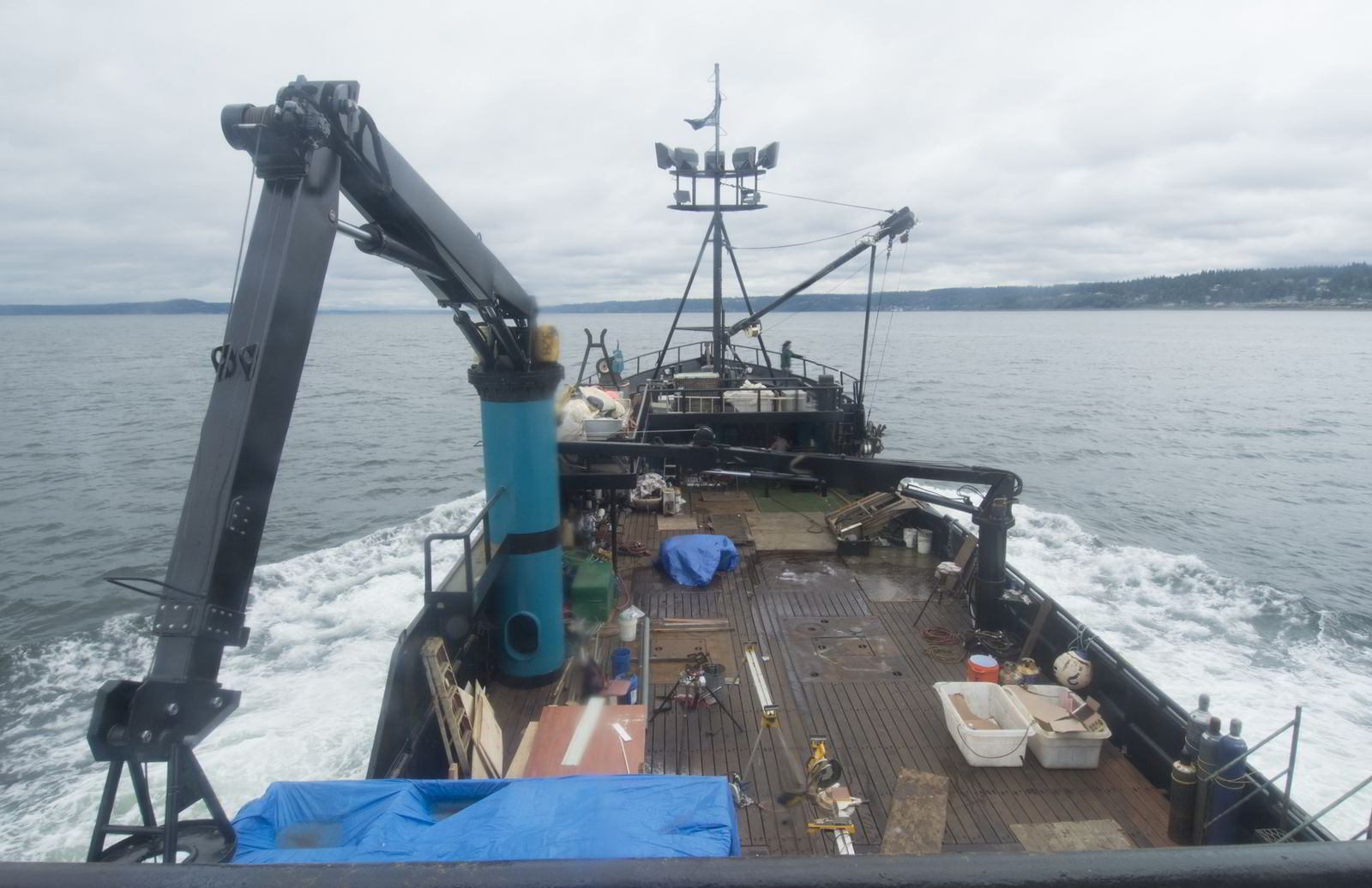 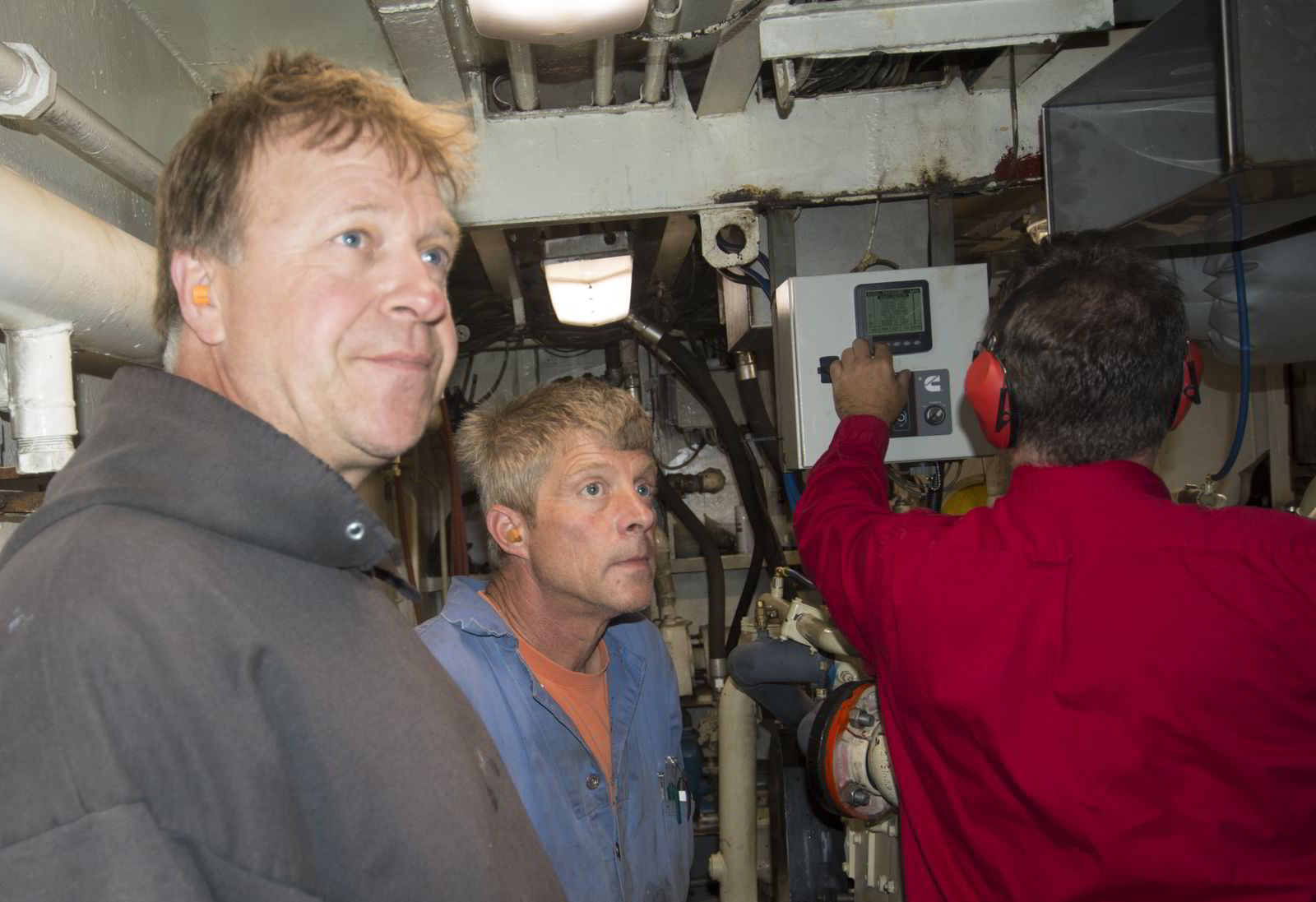 One of the best-known commercial fishing vessels in the world, the Cornelia Marie, has just undergone life-extending surgery.

The Bering Sea crabber has gained a wide public following both for the family saga of ownership and for her role in a popular television series that portrays the challenges of one of the world’s toughest fisheries.

When Roger Thomas and his business partner Kari Toivola began searching for a Bering Sea crab investment, Roger called Casey McManus (pictured below). Casey has skippered the Cornelia Marie and is a shareholder in the boat. After checking with another owner, Josh Harris, he got back to Roger Thomas and Kari Toivola with an offer of a 50% stake in the famous boat. The two flew to Dutch Harbor in January 2015 to inspect the vessel.

From the dock, her classic aft cabin style and her 39m (128 foot) by 8.50m (28 foot) ultra-marine blue hull carried the same impressive look that she had when custom built at Horton Boats in Bayou LaBatre in Alabama in 1989.

Much of the boat checked out well but, from the engine room, they could see that 70% of the steel deck under the accommodation block was badly deteriorated and would need to be replaced.

A pair of tired 650hp Mitsubishi main engines was also badly in need of replacement as were two of the three gensets.

But the Cornelia Marie is an impressive boat capable of packing a lot of crabs or, for tendering, a lot of salmon in her six insulated holds.

The holds circulate seawater when crabbing and then become RSW when tendering salmon. She also tenders on the herring seine fishery.

“We knew that, if we bought shares in her, she would require new engines and new decking under the accommodation area,” Roger Thomas explained.

Buying a large older boat that has been worked hard is not for the faint of heart, but Roger Thomas and Kari Toivola are accustomed to risk.

In 1986, when they were both still in their twenties, they borrowed money to add to their fishing earnings and purchased an off-shore-supply vessel in Louisiana.

It was in the midst of a downturn in the oil patch and they got the 38m (125 foot) boat for significantly under the cost of building her in 1981. With support from some older fishermen, they completed much of her conversion to a crabber before bringing the boat, now named Deception, around to Seattle for final preparation.

They have fished her successfully for nearly 30 years now and she has served them well. But she packed significantly less that the Cornelia Marie.

“We made an offer for the Cornelia Marie in March and immediately began ordering equipment,” recalled Roger Thomas, “By the time the deal had closed in April, we had already ordered a pair of electronic-controlled 750hp Cummins QSK19-M diesels to replace the main engines. We put mechanical Cummins KTA19s in the Deception ten years ago and they have given good service. So we went with the new version of the same engine.”

In some businesses a person might wait for the papers to be signed before ordering components, but fishing works on tight schedules. The partners had a commitment for a Bristol Bay tendering charter for the Cornelia Marie to start in mid-June, leaving no time for niceties.

The boat arrived in Seattle on the 17th of March and went straight to the shipyard. An hour later she was in the dry dock. The main accommodation area, including the mess and galley, was gutted. The concrete floor and the steel under it were taken up.

“For much of the time that we were working on the boat we had plywood over the steel framings for the floor,” Kari Toivola said.

“The new engines arrived about three weeks after the boat got here,” Roger Thomas commented. “And only a week after the deal on the boat closed.”

The main engines coming out were in-line six-cylinder as were the new main engines replacing them, so the modification of the bed was not too bad.

Not wanting to cut the liners and insulation in the holds and with much of the accommodation area torn apart, they removed the old and installed the new engines through a hole cut in the front of the house. Roger Thomas oversaw the engine replacement, “I’ve done quite a few repowers,” he said modestly.

“The old engines had gears with different ratios but we got new Twin Disc with 4.5:1 reduction. The original 56-inch props were re-pitched and the shafts were pulled and machined.”

Cummins Northwest designated former crabber and Time Bandit engineer Mike Fourtner, Marine Regional Sales rep, as liaison on the job. “Mike is a great guy and he was a lot of help,” said Roger Thomas, “I could call him or he would stop by.”

Start up on the new engines was in the last week of May and sea trials were on the second of June. Cummins had Tony Thomas, regional manager for Commercial Marine Propulsion on board along with application engineers Brian Pinkstaff and Joe Tobin.

Although it was determined that the wheels were slightly over pitched, the decision was made to leave for Bristol Bay on the sixth of June in order to meet the boat’s tendering commitment. Only ten weeks after arriving in Seattle, the Cornelia Marie was headed back north with new main engines, two new gen sets, a new galley and accommodation, and with 50% of the steel under the new wood deck replaced and a multitude of minor projects all completed.

Casey McManus, Roger Thomas and Kari Toivola were all on board for sea trials along with Jack Molan who will skipper the boat for the tendering job. Roger Thomas, sitting at the new galley table, was looking forward to the start of the crab fishery next autumn.

“We expect to put a lot of crab through her,” he said, “With our own and leased quota we are planning for about 200,000lb (91t) each of King Crab and Bairdi and another million pounds (450t) of Opilio.”