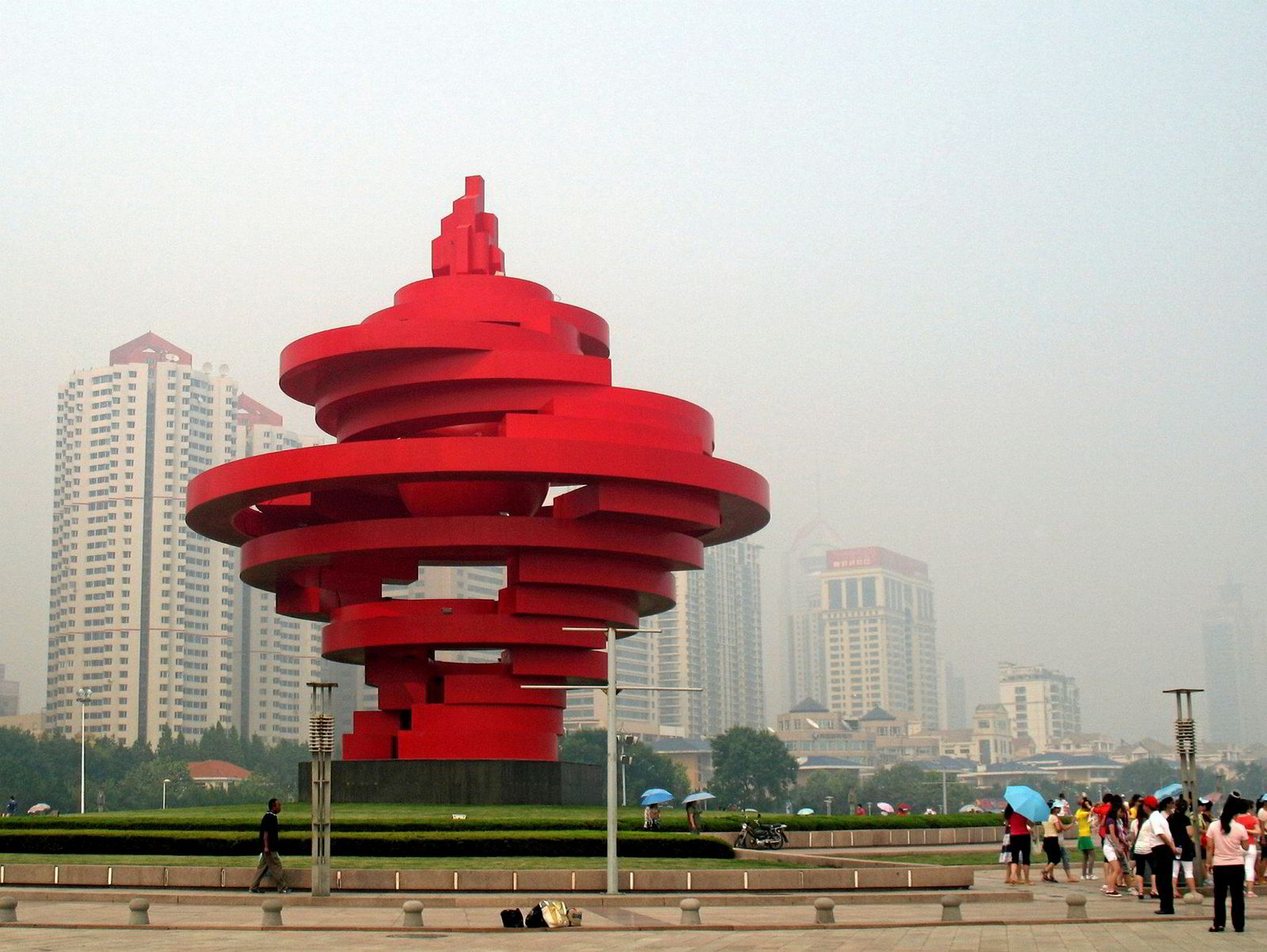 Catch up on the China Fisheries and Seafood Expo

IntraFish was reporting live from Qingdao.

After opening its Asia office in Sinagapore this summer, the company is seeing business boom, Knut Nygard told IntraFish.

And he has a novel approach to marketing, sending his tags down to the ocean depths in the hands of divers and to the top of Everest with a mountaineer to prove their reliability and hardiness.

Room for growth in the Chinese salmon market became strikingly evident in a series of presentations at IntraFish's second Qingdao Leadership Forum yesterday.

However, in terms of per capita consumption it is one of the lowest, at just 0.1 kilos.

With all macro trends pointing to increased consumption of the product, how soon before China is the world's No.1?

The civil unrest that has paralyzed parts of the Chilean salmon industry has been "the worst thing" Eduardo Goycoolea, executive director of Chilean joint venture New World Currents, has seen in his life, he told IntraFish.

But he and CEO Nicolas Terrazas are hopeful that it will soon be resolved, with the government making concessions to even the wealth playing field in the country.

Grobest ready to dive back in

Having reshuffled its management after its buyout by investment fund Permira earlier last year, Taiwan feed giant Grobest is getting ready to talk about its strategy, new communications manager Cathy Hsu told IntraFish when she stopped by the booth with head of PMO and Business Development Kang Cao. Keep your eye on IntraFish for an upcoming interview with new CEO Samson Li.

Despite rising awareness, getting sustainably certified product into the shopping baskets of Chinese consumers takes a slightly different tack in the market.

With widespread concern over food safety in the country, the traceability card is currently the best play for the Marine Stewardship Council (MSC) said MSC's China Country Director An Yan.

"We started talking about sustainability, but that is harder to gain traction with," she said. "Traceability is a better message to start with."

Could salmonid production be a 'change promoter' in China?

The coming together of demand, government investment and technology is opening the playing field for salmonid production in China.

And with a mature value chain and professionalism, the sector could be a change promoter for the Chinese seafood industry in general, he said.

To understand more about the dynamics of the Chinese salmonid market and the growing production that could very well shift the market for imported product, sign up now to IntraFish's Qingdao Leadership Forum taking place tomorrow afternoon onsite at the China Fisheries & Seafood Show.

Vietnamese shrimp giant Minh Phu is zoning in on China to expand market share in the country.

Despite a drop, the United States remains the company's biggest market at 40 percent, with Nissui's acquisition of a stake in the company securing the Japanese market in second place at around 20 percent. But the Chinese market currently represents just 1 percent of Minh Phu's sales, Business Development Executive Pham Ly Huynh told IntraFish.

"But from now, it is my role to expand that," he said.

The company has had a supply contract with Chinese production and processing giant Guolian for the last two years, to whom it largely sells cooked head-on vannamei, but will be looking to this and other sales avenues for growth, said Huynh.

With huge plans for expansion, Huynh also said the company is encouraged by shrimp prices, which he says have been rising since July, predicting that they will continue to increase another 8-10 percent between now and the end of the year.

Next year the China Fisheries & Seafood Expo will be moving to the new Hongdao International Convention Center, the largest in northern China, according to show organizers Sea Fare Expositions.

Situated 20 kilometers from Qingdao's new airport, set to begin operating later this year, and 40 minutes by metro from downtown Qingdao, the expo center has 14 halls with total exhibition space of 140,000 square meters. It is also 15 minutes from the new Hongdao high speed rail station, allowing train access from Beijing and Shanghai.

In the first half of 2019, the value of China’s seafood imports rose 32 percent to just over $7 billion (€6.3 billion), according to Chinese Customs. Some of that growth is in response to the Chinese government’s drive to discourage seafood imports through so-called “grey channels.” “China’s government wants all seafood to be imported directly through official channels,” said Yang Hong, general manager of Beijing-based Sea Fare (China) Ltd. “That’s one reason why you see more seafood being imported directly.”

In addition, a greater number of direct international flights to second and third-tier cities in China is making it easier to develop new markets, and China's customs officials are also clearing shipments more quickly.

“I’ve been in the seafood business for almost 40 years and I’ve never seen anything like it," said Peter Redmayne, president of Sea Fare Expositions, an organizer of the China Fisheries & Seafood Expo. "It’s incredible that a market this big can keep growing this fast.”

That’s good news for the show, said Jennie Fu, manager of the event. “Our challenge now is to find more space so we can meet the demand from all the new companies that want to exhibit.”

Alaska pollock producer the Russian Fishery Company (RFC) relocated functions previously carried out in Moscow to Vladivostok, where the company is now registered.

This will help the company work more efficiently against time-zones.

The 24th annual edition of China Fisheries & Seafood Expo, which opened Wednesday at the Qingdao International Expo Center, sold out all 10 exhibit halls. Approximately 1,700 companies from 52 countries are exhibiting this year, according to show’s organizers, Seattle-based Sea Fare Expositions and China’s Ministry of Agriculture.

CFSE features 22 national pavilions and boasts a net exhibit space of about 47,000 square meters, making CFSE the largest seafood show in the world, said the event's organizers. Visitor attendance is expected to reach 35,000 attendees from more than 100 countries.

“We’re very happy with the continued growth of China Fisheries & Seafood Expo,” said Peter Redmayne, president of Sea Fare Expositions. “This year we moved the show up a week, as overseas exhibitors and Chinese importers asked for more time to receive shipments that they order at the show to arrive prior to Chinese New Year.”

“We see more and more Overseas companies exhibiting at the show each year,” says Jennie Fu, the show’s marketing manager. “China clearly can’t meet the growing demand for seafood among its increasingly affluent population. It has to rely on imports, which are preferred by most Chinese people.”

'Grieg has been wise enough to see the writing on the wall': In landmark agreement, First Nation takes the lead on salmon farming lease